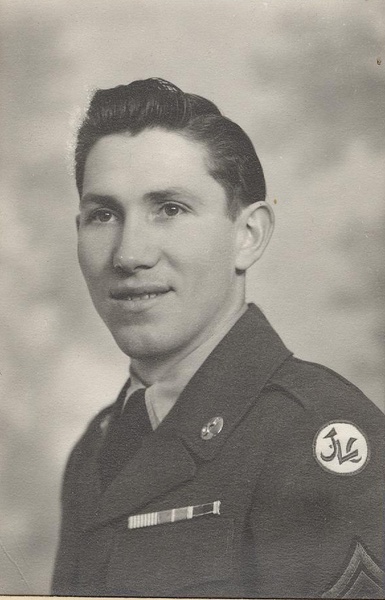 Delwood Richard Berndt, 85, of Breckenridge, MN, passed away Thursday, October 2, 2014, at Sanford Palliative Care in Fargo, ND. The funeral will be 10:30am, Monday, October 6, at Grace Lutheran Church in Breckenridge, with Pastor Anthony Ahrendt officiating. The visitation will be from 3:00 to 5:00pm, with a prayer service at 5:00pm, Sunday, October 5, at Joseph Vertin & Sons Funeral Home in Breckenridge. The visitation will continue from 9:30 to 10:15am, prior to the funeral at the church. The interment will be at Riverside Cemetery in Breckenridge.
Delwood was born May 19, 1929, to Irby and Anna (Bohn) Berndt in Richland County, ND. He attended rural schools and graduated from Hankinson High School in 1947. He entered the US Army in 1949, serving his country in Japan during the Korean Campaign. He attained the rank of Staff Sergeant. He was honorably discharged in 1951. Upon his return, Delwood attended North Dakota State School of Science in Wahpeton, ND, for 2 years, graduating in the Automotive Trade program. He started farming and worked at various jobs in addition to farming.
On June 2, 1957, Delwood was united in marriage to Vera Schultze in Wilbert, MN. From this union, they were blessed with 5 children. He managed a service station from 1966 to 1970. He then worked as a field representative for the National Farmers Organization for 5 years, all the while maintaining his farm. Prior to and during the early years of marriage, he enjoyed working in California during the winter months at various jobs and coming back in time for spring planting. Vera passed away October 18, 1972. On November 10, 1973, Delwood and Shirley Lomsdalen were married in Fargo, ND. Delwood retired in 1992 and began part-time employment at Bremer Bank, where he worked for 12 years.
Weekends in the summer were spent at the cabin on Pickeral Lake with family and friends, where his most precious memories were made. Delwood was active in church work, serving on various boards and committees including as Council Chairman, Elder, Trustee, and the Building Finance Chairman. He worked tirelessly on the funding of a new church building, which was built in 1990. He was a life member of both the Veterans of Foreign Wars and the American Legion, serving as VFW Commander and VFW Quartermaster for 12 years. In addition, he was a member or the Military Order of Cooties. He was also involved in various farm organizations. In his spare time, Delwood enjoyed fishing, playing cards, golfing, snowmobiling, and reading. He also loved tinkering on old tractors and putzing in the yard at the lake.
Delwood is survived by his wife Shirley of Breckenridge, MN; his children, Gary Berndt of Minneapolis, MN, Steven (Darlene) Berndt of Fargo, ND, Keith Berndt of Fargo, ND, Randy (Jana) of Breckenridge, MN, and Amy (Rick) Friebe of Minneapolis, MN; his 9 grandchildren, Kelsey and Riley Berndt, Adam and Abby Berndt, Tyler, Emily and Matthew Berndt, and Maedchen and Beck Friebe; his siblings, Eugene of St. Louis Park, MN, James of Colton, CA, Willis of Fifty Lakes, MN; and several nieces and nephews.
Delwood was preceded in death by his parents, Irby and Anna; his first wife, Vera; his grandson, Jordan Berndt; his sister Carol Gandara; sister-n-law, Nelda Berndt, and several other sisters and brothers-in-law.
To order memorial trees or send flowers to the family in memory of Delwood Berndt, please visit our flower store.