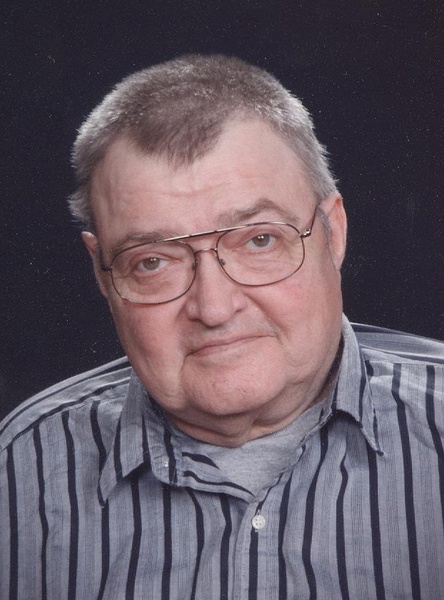 Dennis Duane Carlson, 66, of Campbell, MN, passed away peacefully on Sunday, July 26, 2015, at the Veteran's Hospital in Fargo, ND. The visitation will be from 5:00 to 8:00 PM, with a prayer service at 7:00 PM, on Wednesday, July 29, at St. Gall's Catholic Church in Tintah, MN. The visitation will continue at St. Gall's, from 10:00 to 11:00 AM, on Thursday, July 30, followed by the Mass of Christian Burial at 11:00. Father Mike Kellogg will be the celebrant. The interment will be at St. Gall's Catholic Cemetery in Tintah.
Dennis was born in Graceville, MN, on March 14, 1949, the only son born to Clarence and Rosa (Neiderbaumer) Carlson. He grew up and attended school in Wheaton, MN. He then helped his father on the family farm for a few years until he enlisted in the US Army. On July 4, 1969, while on leave during his basic training, Dennis was united in marriage to Madonna Bernard in Wheaton, MN. He proudly served his country for five years and then was reunited with his family in the Wheaton area. He worked for various farmers until 1976, when they moved to the Iron Range in northern Minnesota, and Dennis worked in the Taconite Mines. Then in 1986, they moved back to the Red River Valley and he went to work for Primewood Industries in Wahpeton, ND, where he remained employed for 18 years. At the time of his retirement, they resided in Campbell.
In his spare time, Dennis loved tinkering in his shop and the solace of fishing. He also enjoyed playing cards and spending time with family and friends.
Dennis is survived by his wife, Madonna of Campbell, MN; his four daughters, Chris (Randy) Myers of Milnor, ND, Denise (Michael) Scheepstra of Wahpeton, ND, Debbie (Rick) Pool of St. Michael, MN, and Cindy (Darrin) Anderson of Lisbon, ND; his four grandchildren, Ashley and Austin Myers, Michelle Scheepstra and Christian Marweg; his sister, Sharon (Richard) Lillehaug of Coon Rapids, MN; and his nephew Scott (Amy) Lillehaug of Eagan, MN. He is preceded in death by his parents, Clarence and Rosa, and a nephew, Daniel Lillehaug.
To order memorial trees or send flowers to the family in memory of Dennis Carlson, please visit our flower store.