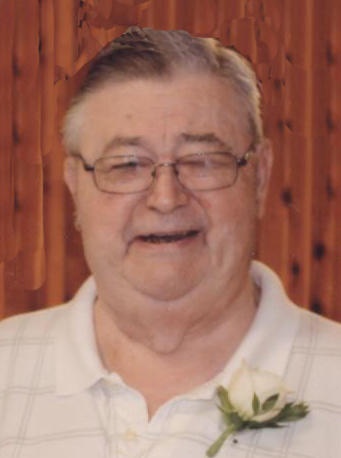 Dennis Ehrens, 76, of Wahpeton, ND died on Wednesday, January 22, 2014 at St. Francis Health Care Campus in Breckenridge, MN. The visitation will be from 5:00 to 8:00PM with a prayer service at 7:00, on Friday, January 24, 2014 at Joseph Vertin & Sons Funeral Home in Breckenridge. The visitation will continue at St. John's Catholic Church in Wahpeton, from 10:00 to 11:00AM on Saturday. The Mass of Christian Burial will be at 11:00AM, on Saturday, January 25, at St. John's Catholic Church. Father Dale will be the Celebrant. Interment will be at St. Mary's Cemetery in Breckenridge.
Dennis was born June 27, 1937 to Delbert and Cecilia Kloeppel Ehrens in Wahpeton, ND. He grew up and attended school in Wahpeton, graduating in 1955. Following high school, Dennis attended North Dakota State School of Science for one year. He then joined the National Guard in service to his country, and was honorably discharged in 1958.
On June 8, 1963, Dennis was united in marriage to Rita Schuetze in Morris, MN. They made their home in Wahpeton and to this union were blessed with 3 children. He was employed by the City of Wahpeton; first, working in their water plant, and then as a Dispatcher for the Wahpeton Police Department. After 20 years of dispatching, Dennis retired from the city, and then worked seasonally for 10 years in the Pamida greenhouse. He officially retired in 2000.
In his spare time, Dennis loved the challenge of solving crossword puzzles and brain teasers. He was an avid reader and enjoyed putting together jigsaw puzzles. He valued the many relationships at the Wahpeton Senior Citizen Center and was their president for several years. He took pride in delivering meals on wheels. His greatest pleasure and joy came from spending time with his family and friends.
Dennis is survived by his wife of 50 years, Rita; his son, Duane (Karen) Ehrens of Bismarck, ND, and their daughter Emily; and daughter Denise (Tim) Kriese of Fargo, ND; his brother Charles "Butch" Ehrens of Maryville, TN; his sister Avis Denow of Omah, NE; several nieces and nephews; and his aunt Ethel Griffin of Wahpeton, ND.
Dennis is preceded in death by his parents Delbert and Cecilia; his daughter Darlene; and his brother, Lloyd.
To order memorial trees or send flowers to the family in memory of Dennis Ehrens, please visit our flower store.