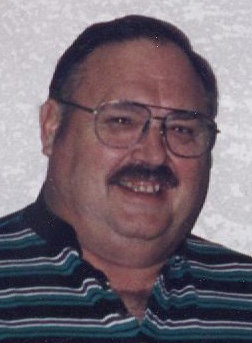 Dennis C. Gebro, age 75, of Breckenridge, MN passed away on Saturday, March 28, 2015 at St. Francis Nursing Home in Breckenridge. The funeral service will be at 11:00 AM on Thursday, April 2, 2015 at Immanuel Lutheran Church in Wahpeton, ND, with Pastor Anthony Ahrendt officiating. There will be a visitation on Wednesday, April 1, 2015 from 5:00 PM to 8:00 PM, with a prayer service at 7:30 PM, at Joseph Vertin and Sons Funeral Home in Breckenridge. The visitation will continue one hour prior to the service at the church on Thursday. Burial will be at Fairview Memorial Gardens in Wahpeton.

Dennis Chester Gebro was born on April 13, 1939 in Lidgerwood, ND, to Chester and Dorothy (Hoefs) Gebro. Dennis grew up and attended school in Lidgerwood and then worked for local farmers and also began taking an interest in the roofing business. From Dennis' first marriage, five children were born. He later married Mae Walker on December 30, 1965 in Detroit Lakes, MN. Dennis and Mae had three children, and also raised two grandchildren, Cari and Simone Gebro, as their own. The family lived in Minneapolis for a bit, before moving back to Breckenridge in 1970. Dennis owned two businesses in Breckenridge: Gebro Roofing, and also Pic-A-Pop, a unique shop that let you pick any custom flavor of pop you desired.

Dennis enjoyed riding motorcycles, and loved a good derby or stock-car race. He was fond of outdoor activities such as fishing and deer hunting, and spending leisure time at their lake cabin. He enjoyed social and family gatherings, and especially loved spending time with his grandchildren and great-grandchildren.

He was preceded in death by his parents; two sons, Kerry Gebro and Lonnie Gebro; and a sister, Kris Ann Gebro.
To order memorial trees or send flowers to the family in memory of Dennis Gebro, please visit our flower store.