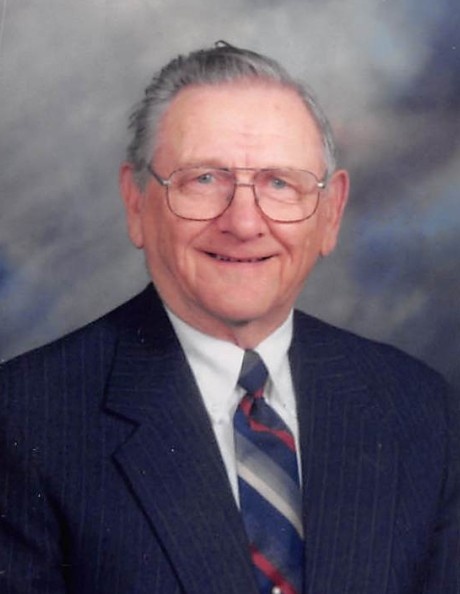 D. Ervin Sabbe, affectionately known as “Ervin,” was born on the family farm in Hubbard County on December 29, 1921, to Oscar and Tillie (Carlsrud) Sabbe. His family eventually moved to the area near Rothsay, MN, where Ervin worked on his dad’s farm and for various other farmers.

Ervin entered the United States Navy on September 3, 1942, and was discharged on December 11, 1945. After returning home, he specialized his academic studies in the auto body program while attending the North Dakota State College of Science (NDSCS) in Wahpeton, ND. He was united in marriage to Vivian Doris Bullene on June 26, 1949, in Fergus Falls, MN, where they made their home for a short time. Later, they moved to Breckenridge, and Ervin began working for Stoudt Motors (which became Loberg Ford) in Wahpeton for 43 years, retiring in 1987. After Vivian’s death on January 3, 2002, Ervin continued to live in Breckenridge until he entered Pioneer Cottage in 2014.

Throughout Ervin’s life, he was involved in several organizations: the Breckenridge VFW, Military Order of the Cootie, American Legion, Sons of Norway, and the Wahpeton Eagles club. He was also a part of the American Legion baseball program and the NDSCS auto body advisory board. Ervin had a talent for being able to fix practically anything. He was resourceful and creative, and he enjoyed spending his time in the garage tinkering on projects. He had a generous heart and the ability to make anyone laugh with his quick wit and stories. When he was not working on cars, Ervin could be found fishing, gardening, or watching baseball; he loved the outdoors.

To order memorial trees or send flowers to the family in memory of D. "Ervin" Sabbe, please visit our flower store.