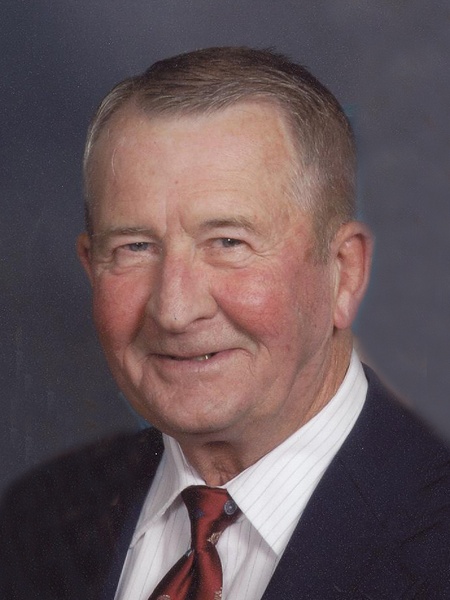 Don Raymond Rittenour, 74, of Nashua, MN, passed away on Sunday, July 13, 2014, at St. Francis health Care Campus in Breckenridge, MN. The visitation will be on Wednesday, July 16, from 5:00 to 7:00PM with a prayer service at 7:00, at St. Gall's Catholic Church in Tintah, MN. The Mass of Christian Burial will be on Thursday, July 17 at 11:00AM, at St. Gall's Church. Father Mike Kellogg will be the celebrant. The interment will be at St. Gall's Cemetery in Tintah, following the funeral.
Don was born on February 13, 1940, in Wheaton, MN, to Raymond and Eleanor (Barlage) Rittenour. He attended country school near Wheaton through the 8th grade. In his freshman and sophomore year of high school he attended Morris Agriculture School in Morris, MN; then graduated from Wheaton High School in 1958. Following graduation, Don joined the US Army Reserve, proudly serving his country for 6 years. He was united in marriage to Sharon Stange, on September 17, 1960 at St. Peter's Catholic Church in Dumont, MN. The couple farmed for a few years before moving into Wheaton in 1963, when Don began working at the Wheaton Elevator. In 1976, the family moved to Nashua where he worked for M & M Construction in the summer, and Fieldcrest Fertilizer in Campbell, in the winter. From that point on, Don worked as a heavy equipment operator engaging in the tearing down of buildings and trees, and the building of roads. Taking much pride in the quality of the township roads, he bought his own equipment and meticulously graded his roads for the local farmers. From 1984 to 2005, Don worked at Minn-Dak and helped out his son, Randy on the farm during beet harvest.
Don served his community as a member of the Nashua City Council Board and St. Gall's Church Council for many years. He enjoyed the simple pleasures in life- the serenity of driving a country road or fishing with the grandchildren even when they didn't get a nibble- but his favorite times were in the company of family and friends.
Don is survived by his wife, Sharon of Nashua, MN; his children, Randy (Janele) of Campbell, MN Pam (Tom) Droege of Apple Valley, MN, and Lisa (Paul) Rosendahl of Fosston, MN; his grandchildren, JoHannah (Dave) Lahti, Jayden, and Josie Rittenour; Blake and Ben Droege; McKinsey, Olivia, and Nash Rosendahl; his great-grandchildren, Harris, Harvey, and Harper Lahti; his mother, Eleanor of Fergus Falls, MN; his sister, Sandra (David) Gregg of Henning, MN; his 2 brothers, Daryl (Kathleen) Rittenour of Sioux Falls, SD, and Neil (Debra) Rittenour of Breckenridge, MN; sister-in-law, Shirley (Roy) Hormann of Wheaton, MN; step- sister, Sharyl (Mark) Richardson of Fargo, ND; 2 step-brothers, Duane Auseth and Darrell (Carolyn) Auseth, both of Minneapolis, MN; and several nieces and nephews.
He is preceded in death by his father Raymond; his step-father, Alvin Auseth; and 2 nephews, Paul Gregg and Cory Rittenour.
To order memorial trees or send flowers to the family in memory of Don Rittenour, please visit our flower store.