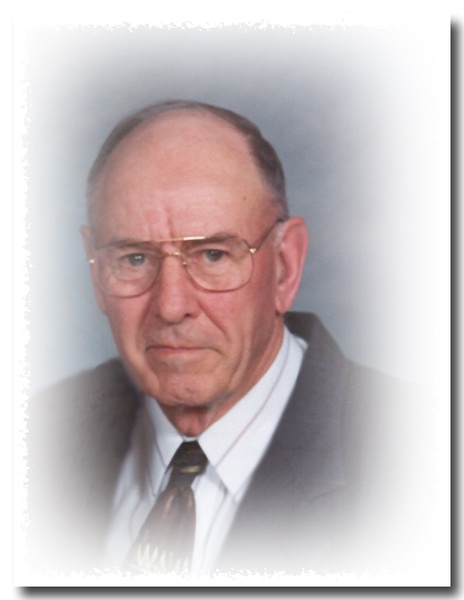 Donald M. Arnhalt, 84,died May 24, 2010 at his home in Kent, MN. The funeral will be Thursday, May 27, 2010 at 10:30 a.m. at St. Thomas Catholic Church, Kent, MN with Father Kenneth Popp the Celebrant. The visitation will be Wednesday, May 26 from 4 pm.-7pm with prayer service at 7pm at Joseph Vertin & Sons Funeral Home, Breckenridge, MN. The interment will be at St. Thomas Catholic Cemetery, Kent, MN. The pallbearers are grandchildren, Katie Adams, John Arnhalt, Jessica Emry, Stacy Lofton, Peggy Kram, Chad Sheeley, Jeremy Sheeley and honorary pallbearers are Donald’s grandchildren and great-grandchildren.

Donald was born to Emil and Ella (Buth) Arnhalt on November 2, 1925 in Barnesville, MN. As a young man growing up on a farm he learned a love for the family business and chose to make it his vocation. Donald met Geraldine Krump and knew he wanted to spend the rest of his life with her. They were wed on May 20, 1947 and they made their home on the family farm near Kent, MN. They became very busy raising their nine children and working the farm. Donald retired from farming in 1982 and moved to Kent in 1985. Don continued helping on the farm until his death.

In his spare time, Donald enjoyed fishing and gardening. He was most proud of his gladiolas. He will be remembered for his ‘one-line’ zingers and entertaining comments. His time with his children, grandchildren and great-grandchildren were very precious to him.

Donald is preceded by his parents Emil and Ella (Buth) Arnhalt; and sister, Lorraine Nordick.
To order memorial trees or send flowers to the family in memory of Donald Arnhalt, please visit our flower store.