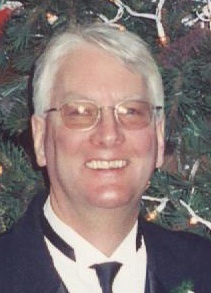 Donald Ira Weber, 62 of Fergus Falls, MN, formerly of Campbell, MN, died at Sanford South Medical Center in Fargo, ND, Monday, November 4, 2013. The Mass of Christian Burial will be 10:30AM, Friday, November 8 at St. Gall's Catholic Church in Tintah, MN. Father Mike Kellogg will be the Celebrant. The visitation will be Thursday, November 7, from 5:00 to 8:00PM with a prayer service at 7:30 at Joseph Vertin & Sons Funeral Home in Breckenridge. The Interment will be at Calvary Cemetery in Wahpeton, ND.
Donald "Donn" was born in Breckenridge, MN, on November 12, 1950 to Ira and Frances (Driscoll) Weber. He grew up and attended school in Campbell graduating from high school in 1969. Following high school, he attended NDSSS for Engineering. From there he went to NDSU and earned a Bachelor's Degree in Mechanical Engineering. He then moved back to Campbell and worked at Weber Repair until 1993. He was united in marriage to Terry Jorgensen on June 13, 1992 in Campbell. In 1994, Donn began a 19 yearlong career with Smith Motors in Wahpeton, ND, in their parts department. He and Terry moved to rural Fergus Falls, MN in 2005.
Donn was an avid hunter and fisherman. He enjoyed wine making, gardening, and in his younger years, loved the thrill of driving in demolition derbies. He was a member of the Campbell Fire Department, and at one point, achieved the rank of Fire Chief. He was a devoted family man, treasuring time spent with family and friends. Donn was also an enthusiastic Bison fan. "GO BISON!"
Donn is survived by his wife Terry of rural Fergus Falls, MN; his children Jeremy (Darcy) Jorgensen of Campbell, MN and their children Lauren, Isaac, and Ava; Jessica (Daren) Kaehler of Breckenridge, MN and their children Ashtyn, Camryn, Katlyn; and Ryan (Katie) Jorgensen of Fargo, ND; his sisters Mary Jo (Richard) Diehl of Rochester, NY, Ruth Ann (Lambert) Brunkhorst of Warroad, MN and Rosemary (Charles) of Popelka, Bowie, MD; his mother-in-law Laura Medenwaldt of rural Fergus Falls, MN; and several nieces and nephews.
Donn was preceded in death by his parents Ira and Frances Weber and his sister Kathy.

Donald Ira Weber
To order memorial trees or send flowers to the family in memory of Donald Weber, please visit our flower store.