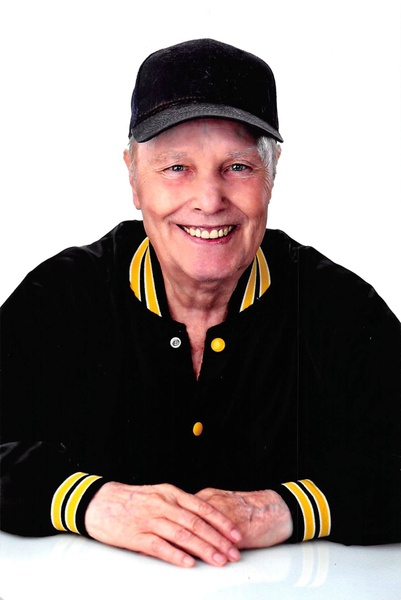 Donald Clifton Wolters, 82, of Breckenridge, MN, passed away at his home, on Saturday, August 6, 2016, under the care of CHI Health at Home. The funeral service will be at 11:00 AM, on Friday, August 12, at the Breckenridge Lutheran Church, with a visitation one hour prior. On August 11, there will be a visitation at Joseph Vertin and Sons Funeral Home in Breckenridge from 5:00 to 8:00 PM. The interment will be at Riverside Cemetery in Breckenridge. Pastor Mark Manning will officiate the services.
Don was born on April 8, 1934, in Breckenridge, MN, the only son born to Clifton and Rose (Klein) Wolters. He graduated from Breckenridge High School in1952 and continued his education at North Dakota State School of Science in Wahpeton, ND. After graduating with an Associate's Degree in Business, Don worked for National Tea Supermarket in Breckenridge.
On December 12, 1956, Don entered the US Army and proudly served his country while stationed at Fort Chaffee, Arkansas and Fort Hood, Texas. After his honorable discharge in December of 1958, he returned to his hometown of Breckenridge to establish his own roots. He was employed at Piggly Wiggly in Wahpeton for a short time, and then began working in the Breckenridge Post Office in May of 1959; a thirty year career which brought lifelong friendships and abundant gratification to his life. Don was united in marriage to Sandy Rieger on June 28, 1964, at Breckenridge Lutheran Church. She preceded him in death on September 7, 2012.
After his wife passed away, Don frequented the Wahpeton Eagles Club where he enjoyed many hours of dancing. It was there that he met Darlene Brandon. After an endearing courtship, the two were married on May 1, 2016, at the Breckenridge Lutheran Church.
An avid reader, Don loved Western novels especially Louie Lamoure. He maintained a meticulous yard and loved to play pool with his friends. He was a lifetime member of the Breckenridge Lutheran Church. Don would often serenade people as a way to brighten their day but especially enjoyed singing to Dar. He loved taking drives in the country and had a soft spot in his heart for his cat, Spunky.
There were significant people in Don's life that brought him much joy including, his friend, Larry; Dar's children Brenda, Jeff, and James; and Dar's granddaughter, Sara. The family would like to extend their gratitude to the doctors both in Wahpeton and Fargo who took such good care of him, and also to CHI Health at Home for helping to fulfill Don's wishes to breathe his last breath at home.
Don is survived by his wife, Dar, his mother, Rose; and his sister, Donna Halvorson all of Breckenridge and his nephew David Halvorson of St. Paul, MN. He is preceded in death by his father, Clifton.
To order memorial trees or send flowers to the family in memory of Donald Wolters, please visit our flower store.