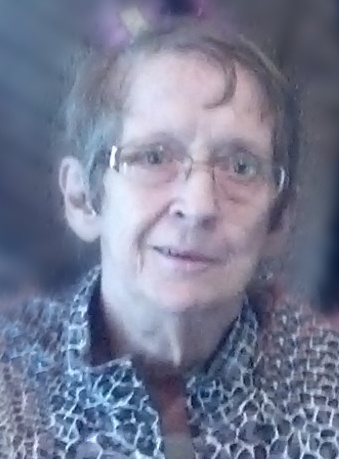 Donna Marie Backer, 78, of Breckenridge, MN, formerly of Campbell, MN, passed away on Saturday, April 19, 2014 at St. Francis Nursing Home in Breckenridge. Her celebration of life will take place at the St. Francis Nursing Home Chapel on Tuesday, April 22, with visitation from 12:00 to 1:00PM, followed by the funeral service at 1:00. Father Joe Backowski will be officiating.
Donna was born on February 19, 1936 to Frank and Gertrude (Nordick) Hanson in Breckenridge, MN. She attended elementary school at St. Mary's Catholic School in Breckenridge. When Donna was in the 6th grade, her family moved to Campbell, MN where she graduated High School in 1954. Following graduation, she was united in marriage to James Ross. She moved to Idaho for a period of four years then returned to the area and attended North Dakota State School of Science in Wahpeton, ND, for their secretarial program. She then obtained employment at Fieldcrest Fertilizer in Campbell and worked as their secretary/bookkeeper for 20 years. During that time, Donna was united in marriage to George Backer while living in Campbell.
In her free time, Donna enjoyed needle work, painting, and all sorts of crafting. She enjoyed refinishing and reupholstering furniture. She loved spending time with her family, and treasured the relationships with the staff and residents at St. Francis Nursing Home.
Donna is survived by her sons, Stanley Ross of Madison, MN and his daughter, Nicole of Ramsey, MN; and Jeffrey (Rhonda) Ross of Marshall, MN and their sons, Justin and Daniel of Marshall; her sister, Marlys Phillips of Wahpeton, ND; her half-sister, Judy (Bill) Junge of Las Vegas, NV; her half-brother, Tom (Pam) Oscarson of Red Lake Falls, MN; and several nieces and nephews.
Donna is preceded in death by her parents Frank and Gertrude; her son, Steven (4 months old); her half-brother, James Oscarson; and her brother-in-law, Dave Phillips.
To order memorial trees or send flowers to the family in memory of Donna Backer, please visit our flower store.