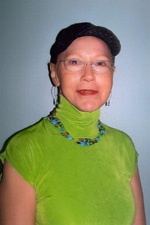 Donna Marie Tischer, 59, of , died Saturday, April 4, 2009 at her home under the care of Riveredge Hospice, after a courageous battle with ovarian cancer. Her courage and strength was an inspiration to all.

Visitation will be Tuesday, April 7, from 4 PM to 7:30 PM with a Prayer Service at 7 PM at Joseph Vertin & Sons Funeral Home in Breckenridge. There will also be visitation one hour prior to the service at the funeral home.

Donna was born on September 24, 1949 to Richard and Audrey (Daniels) Kruse in . She grew up on the family farm east of . Donna attended St. Mary’s Grade School in Breckenridge and St. Benedict’s High School in , , graduating from the in 1971 with a B.A. in Medical Technology. On June 13, 1970 she was joined in marriage to the love of her life, Douglas John Tischer, at St. John’s Catholic Church in Wahpeton, ND. Together they raised their two children, Heidi and Jeremy.

Donna began her professional career as a Clinical Laboratory Scientist at in , where she worked for four years. They returned to Breckenridge in 1974 so Doug could begin farming with Donna’s father and brother. Donna then began her employment in the lab at St. Francis Medical Center in Breckenridge, under the direction of Sr. Ardis Cloutier, who instilled in Donna many of her Franciscan values. Donna worked at St. Francis for the next 35 years (1974-2009), an opportunity she always treasured.

Donna loved adventures and fun of all kinds. She enjoyed playing piano, reading books, listening to music, loved nature and wildlife, photography, her cats, camping at Golden Eagle Campground, playing with her grandkids and sharing good times with her family and many close friends.

She was a member of PEO (Chapter B PEO Sisterhood), Craft Club, Birthday Club, St. Mary’s Church Decorating Committee, ASCLS (American Society of Clinical Laboratory Science) where she served as State President and held other offices, MOCA (Minnesota Ovarian Cancer Alliance), and was also a 4-H Leader when her children were young.

She was preceded in death by: Her father, Richard H. Kruse and her father-in-law: Reuben Tischer.

In lieu of flowers, memorials may be made toward the restoration of the St. Francis Statue at St. Francis Healthcare Campus; St. Mary’s School in Breckenridge; and the Minnesota Ovarian Cancer Alliance.

To order memorial trees or send flowers to the family in memory of Donna Tischer, please visit our flower store.