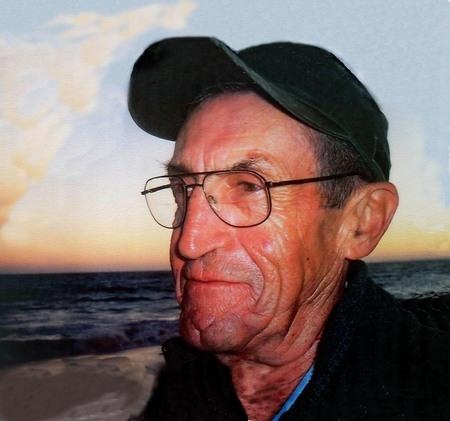 Donnel Lee Krueger, 73, died on Saturday September 24, 2011 at the Veterans Affairs Medical Center, Fargo, ND. The visitation is Thursday, September 29 from 5 pm - 8pm with a prayer service at 7 pm at Joseph Vertin & Sons Funeral Home, Breckenridge, MN. The funeral is Friday, September 30, at 11am at Breckenridge Lutheran Church, Breckenridge. Officiating is Pastor Mark Manning. The Interment is Tabor Cemetery (near Fredonia, ND).
Donnel was born on July 12, 1938 in rural Fredonia, ND. He was the eldest of eight children born to Fred John and Ida Munsch Krueger. He was baptized at the Tabor Evangelical Church and confirmed at the Fredonia Congregational Church. He attended Lautt Rural School until the eighth grade. He worked on the family farm until entering the Army in 1957. After basic training at Fort Chaffee, Arkansas and paratrooper training at Fort Benning, Georgia he served in Korea until he was honorably discharged at Fort Lewis, Washington.
Donnel worked on farms in the Fredonia area and did plumbing and road construction in Wyoming before settling in the Big Horn Valley of Montana where he began his 40 year career in the Sugar Industry. In 1961 he began working for Holly Sugar Corporation in Hardin, MT. On July 12, 1964 Donnel married Ardella Eckman at the First American Lutheran Church in Hardin. They have three children: Carissa, Kirk and Suzanne.
Holly Sugar in Hardin closed in 1970 and Donnel transferred to their Herford, Texas plant. 1974 brought an opportunity to move to the Red River Valley to work for Minn-Dak Farmers Coop in Wahpeton, ND from where he retired in as Shift Superintendent in 2001 after his first stroke.
Donnel enjoyed all sports, especially baseball. Some of his happiest memories were playing for the Fredonia American Legion Team. He loved being outdoors doing yard work and tending his roses. Like all good fisherman he was known for his great storytelling abilities and liked nothing better than a new audience, as the nurses at the VA soon discovered. Those that knew him and worked for him admired his work ethic, his honesty and straight-forward communication style. Those that love him and were loved by him benefited from his caretaking and valued his tenderness, loyalty and noted irreverence.
His family is grateful for the loving care he received for the last months of his life from the staff of the FargoVA.
Donnel is survived by his wife of 47 years, Ardella (Dell) Krueger of Breckenridge, MN; his daughters Carissa Krueger of Breckenridge, MN and Suzanne Krueger of Captain Cook, Hawaii; his son Dr. Kirk Krueger and his wife Dr. Heather Muehler of Olympia WA; his half-sister Wionia (Merlin)Slaathaug of Karlstad, MN; his brother Lemore (Janice) Krueger of Clovis, CA; his brother-in-law Jerome Meidenger of Strasburg, ND; his sisters-in-law Rosemary Krueger of Fresno, CA; Esther Krueger of Ashley, ND; Patricia Krueger of Clovis California and many nieces and nephews.
Donnel is preceded in death by his parents; his brothers Larry and Garry, Elmer, Harris, Rodney; and his sister Ilene Meidinger.
To order memorial trees or send flowers to the family in memory of Donnel Krueger, please visit our flower store.