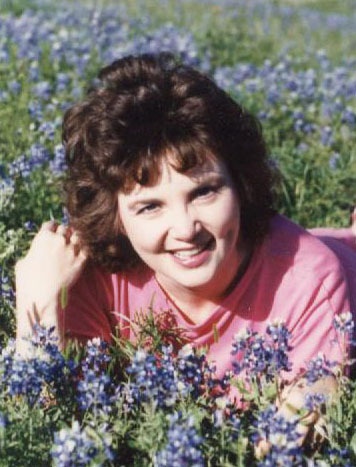 Dorine Fenlason, 63, of Breckenridge, MN, went home to be with her Lord and Savior, on Thursday, October 15, 2015, at CHI St. Francis Nursing Home in Breckenridge. The visitation will be at Joseph Vertin & Sons Funeral Home in Breckenridge, from 5:00 to 7:00 PM, with a prayer service at 6:30, on Tuesday, October 20. The visitation will continue at Faith Church in Wahpeton, ND, on Wednesday, October 21, from 1:00 to 2:00PM, followed by the funeral service at 2:00. Pastor Don Nydam will be officiating.
Dorine Alice Mabel Berry was born on January 26, 1952, to Herb and Ruth Berry in Mitchell, SD. She grew up in Mitchell with her sister, Halerie and brother, Brian. Following high school, Dorine received a bachelor's degree in Home Economics and Teaching at South Dakota State University. There she met and married Loren Dehnert. While married to Loren, Dorine experienced living in many different places including Belgium, as a military wife. Dorine and Loren had two children, Lorina and Matthew.
Following many transitions in her life, Dorine returned to the Dakotas, eventually settling in West Fargo, ND. Dorine met Russ Fenlason at church and they married in 1994. At their wedding, their love was celebrated, as well as the blending of families; she gained two step-children, Debbie and Mark.
In 1999, Dorine began her battle against breast cancer, and in 2003, the cancer metastasized to her brain. After a few years in remission, the effects of the cancer treatment contributed to the decline of Dorine's health. Even though she faced many different challenges, she never gave up. She got up each time she fell, and continued to love others and make beauty wherever she was, never losing her faith in Jesus. She spent the last two years of her life in care centers in Breckenridge.
Dorine loved to decorate, host dinner parties, cook gourmet meals, teach others to sew, and to quilt. During her last healthy years, she made many beautiful quilts and church banners. One of the highlights of Dorine's life was owning Dee's Bee Baby Store in West Fargo. The idea for the store started when she began helping parents of preemies who were unable to find burial clothes for their babies. Eventually, she began to sew clothes for growing preemies, and as the babies continued to grow, her line of baby clothing grew as well. She loved using her gifts to bless others.
Dorine will be remembered as a strong and beautiful woman by all who knew her. While her family and friends grieve over the loss of Dorine, they know that this is all gain for her. She is not suffering in her broken and worn body anymore, instead she is rejoicing with God. They praise God for the hope Dorine had in Jesus.
Dorine will be missed by her husband, Russ Fenlason of Breckenridge; her children Lorina (Franklin) Limarii, of Thailand; Matthew (Susie) Dehnert, East Grand Forks, ND; Debbie Fenlason of Superior, WI; and Mark (Kristen) Fenlason of Saginaw, MN; ten grandchildren, Eliana, Aili, William, Abraham, Hosanna, Anders, Anastasia, Abigail, and Elias; her sister, Halerie Sandala of Indianapolis, IN and brother, Brian Berry of Owosso, MI; and her sister-in-law, Judy Berry. Dorine was preceded in death by her parents, Ruth and Herb Berry.
To order memorial trees or send flowers to the family in memory of Dorine Fenlason, please visit our flower store.