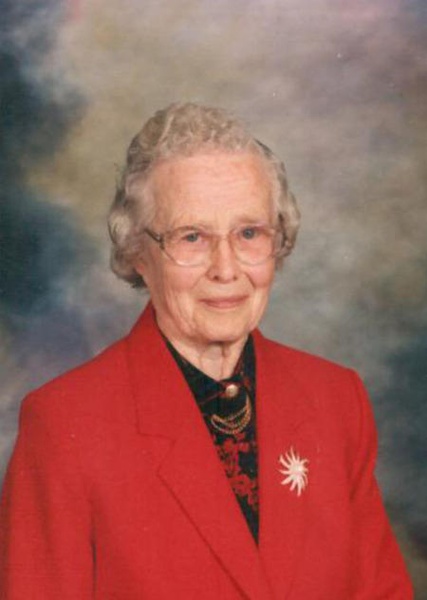 Dorothy Mae Coleman, 96 of Breckenridge, MN passed away at St. Francis Hospital, Breckenridge on March 8, 2012. There will be a visitation at Joseph Vertin & Sons Funeral Home on Friday, March 9 from 4 to 7pm. The funeral service is at First Baptist Church, Breckenridge, on Saturday, March 10, at 2:00 pm. Reverend Peter Erickson is officiating. Interment is at Riverside Cemetery in Breckenridge, MN.

Dorothy was born on October 1, 1915 to Albert "A.R." and Eva (Patterson) Coleman in Carthage, IL. The family moved to a farm near Breckenridge, MN in 1916. It was here that she learned of the beauty of a flower garden and the simple pleasure of growing her own vegetables. She attended country school and lived on the farm until 1943 when she moved to town and began working for Swift & Company. She remained there for 21 years until the plant closed. She then worked for Sagness Variety Store and Dybs Clothing Store in Breckenridge until she retired. She and her sister, Pauline, took care of their mother until her passing. Dorothy loved spending time outside. She was well known for her pristine garden and manicured yard.

She was preceded in death by her parents, Albert and Eva Coleman, her brother Robert Coleman and her sisters Merle Coleman, Beatrice Brown, Pauline Coleman and Betty Johnson.
To order memorial trees or send flowers to the family in memory of Dorothy Coleman, please visit our flower store.