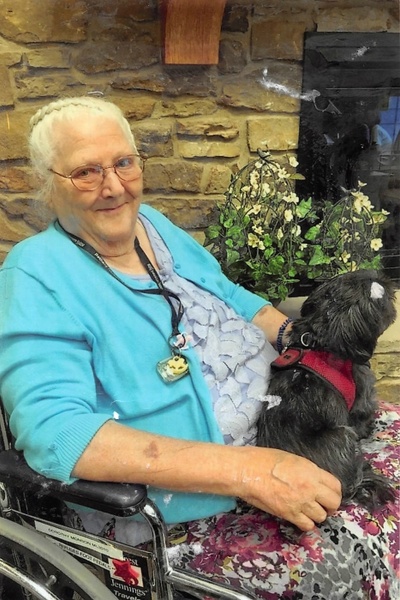 Dorothy was born in Fargo, ND, on April 30, 1941, the daughter to Franklin and Vearla (Hitchcock) Peterson. She grew up and attended school in Fargo. On May 10, 1959, Dorothy was united in marriage to Dennis Monson and they made their home north of Litchville, ND, where they farmed. Dorothy and Dennis lived in several areas in the region before settling back in Fargo. She enjoyed many different jobs throughout the years including time spent as a licensed practical nurse and owner/operator of a motel. Dorothy held her job and title as one of the first certified, female welders at Steiger Tractor in Fargo as one of her most esteemed achievements.

Dorothy had a firm and devout faith in God and she and her husband were pillars in the Fargo and Wahpeton Pentecostal Church. They diligently sought a better life through devotion to God. She also enjoyed spending her time putting together crafts, baking, and reading books by Christian authors. Dorothy also had a knack for puzzle books, word searches, and playing bingo. Her joy was found in spending time with her family and friends. Caring and selfless in all that she did, Dorothy was known for handling any leadership role and being generous with her time and services.

She was preceded in death by her parents, Frank and Vearla Peterson; sister, Frances Green; and brother and his wife, Kenneth and Darlene Peterson.

To order memorial trees or send flowers to the family in memory of Dorothy Monson, please visit our flower store.