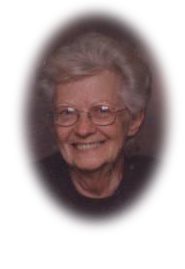 Dorothy Anna Mortenson, 76 of Breckenridge, MN, died Wednesday, January 22, 2014 at St. Francis Nursing Home in Breckenridge. The funeral will be 2:00PM, Monday, January 27, 2014 at the St. Francis Nursing Home Chapel with Pastor Mark Manning officiating. There will be a visitation from 1:00 to 2:00PM at the Chapel.
Dorothy was born December 2, 1938 to Ervin and Emma (Pedersen) Long in Fergus Falls, MN. She grew up and attended school in Fergus Falls. She was united in marriage to Richard Johansen in 1956. They remained in Fergus where they raised their four children. She held various jobs but considered herself a homemaker first. She enjoyed cooking and baking, loved to play cards and was wild about horses. Her greatest joy was being surrounded by her family, especially her grandchildren.
Dorothy is survived by her children, Samantha (Ray) Pazdernik of Breckenridge, MN, and children Rylee Pazdernik and Justice Rodriguez; Keith Johansen of Underwood, MN; Rhonda (Ron) Thoennes of Brandon, MN; and Vickie Sander of Rochester, MN and her children Michael Sander, Matthew Sander and Shaun Sloan; her brothers Norman (Shirley) Long, and Ervin Long both of Fergus Falls, MN.
Dorothy is preceded in death by her parents Ervin and Emma; her husband Harold Mortenson; her sister Lorraine Shol; her brother Robert Long; and her step-father Alex Benson.
Dorothy has been entrusted to Joseph Vertin & Sons Funeral Home in Breckenridge.
To order memorial trees or send flowers to the family in memory of Dorothy Mortenson, please visit our flower store.