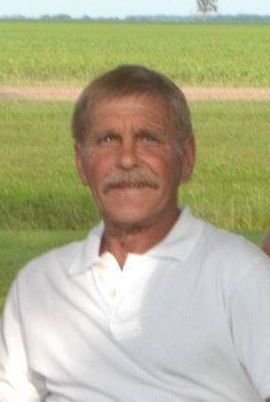 Douglas Lee Krueger, age 66, of Campbell, MN, passed away on January 27, 2017, at Fargo VA Health Care System in Fargo, ND. The funeral service will be at 1:00 PM on Tuesday, January 31, 2017, at Joseph Vertin and Sons Funeral Home Chapel in Breckenridge, MN, with a visitation from 11:00 AM until the time of service. Pastor Dominick Warne is officiating. Burial will take place at Fairview Cemetery in Wahpeton, ND. Joseph Vertin and Sons Funeral Home in Breckenridge is assisting the family.

Doug was born on November 11, 1950, in Breckenridge, to Marvin and Dorothy (Guderian) Krueger. He grew up in Breckenridge and graduated from Breckenridge High School in 1968. Upon graduating, he enlisted in the US Navy, and was stationed in San Diego, CA. While there, he attended Corpsman School, and also worked at Bremerton Naval Hospital. He then worked at the Naval Air Station in Fallon, Nevada, and was later stationed abroad the USS Rich, a naval destroyer, and later was deployed to Vietnam. He was honorably discharged in 1973, upon which he returned to Breckenridge.

Doug worked for Twin City Roofing in Wahpeton from 1973-1979. From 1980 to present, he owned Krueger Roofing in Breckenridge.

Doug loved to travel, especially if it involved visiting locations of family members. He loved his dogs and grandkids dearly, and enjoyed spending as much time with them as possible, especially following their sporting events. He was a very hard worker and extremely dedicated to his family. He was a member of Breckenridge VFW American Legion.

He was preceded in death by his mother, Dorothy.
To order memorial trees or send flowers to the family in memory of Douglas Krueger, please visit our flower store.