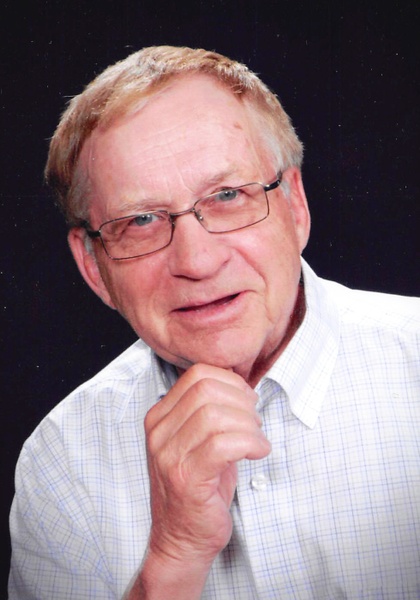 Duane "Bud" Clemens Koltes, 74, of rural Nashua, MN, passed away unexpectantly on December 14, 2016, at Sanford Health in Fargo, ND. The visitation will be at St. Gall's Catholic Church in Tintah, from 5:00 to 8:00 PM, on Sunday, December 18, with a rosary at 4:30 and the prayer service at 7:00 PM. The visitation will continue at the church on Monday, December 19, from 9:30 to 10:30 AM, followed by the Mass of Christian Burial at 10:30. Celebrating the Mass will be Father Jeremy Ploof, along with concelebrants, Father Mike Kellogg, Father Stan Wieser, Father Xavier Llango, Father Jared Kadlec, and Father Reese Weker. The interment will be at St. Gall's Catholic Cemetery in Tintah.
Bud Koltes was born on January 29, 1942 in Rural Nashua, MN, one of seven children born to Peter and Mary (Schemmel) Koltes. He graduated from Tintah High School in 1961 and entered the US Army that same year. Bud was honorably discharged in 1963 and went to work on the missile defense system in the Grand Forks, ND area. He then moved back to his roots in rural Nashua where he maintained a large egg route. He was united in marriage to the love of his life, Velda Kiser, in Pelican Rapids, MN. Then Bud began farming, first with his brothers, Toby and Roger, and then eventually he branched out on his own. As his family grew, so did his farm, and in time, his son Troy joined him in the family business. Bud had a zest for life and was a generous soul to all those around him. He was honored to have served his country in the military and was a proud member of the Tintah American Legion Post #610.
He was grateful for his family and spent a substantial amount of time investing in their lives. From early on, Bud's children knew of his love and care for them. He modeled respect and generosity, a strong work ethic and integrity. He was a faithful Catholic and lived by the principles of his faith passing them on to his children.
Bud was a devoted husband to Velda, an amazing father, and an adoring grandfather. He especially loved to follow his grandchildren's sporting events. He was blessed with an abundance of life experiences including his lake cabin, the fellowship of playing cards with his Tintah friends, and the satisfaction of lending a helping hand. Above all, he cherished the farm, his relationships, and especially spending time with his family.
Bud will be dearly missed by his wife, Velda of rural Nashua; his children, Robin Albert of Horace, ND, Troy (Angel) Koltes of Breckenridge, MN, Dr. Renee (Freddie) Koltes-Edwards of Grand Forks, ND, and Trent Koltes of Seattle, WA; ten grandchildren and three great grandchildren; his brother, Toby (Diane) Koltes of Fergus Falls, MN; and his three sisters, Ione (Gary) Herman of Palmdale, CA, Carol "Sis" (Tom) Sand of Granite Falls, MN, and Marjorie Erickson of St. Joseph, Missouri. He was preceded in death by his parents, Peter and Mary, his brother, Roger Koltes; his sister, Audrey Gronwold; his son-in-law, Vance Albert; and two nephews, Todd Koltes and Bob Gronwold. To order memorial trees or send flowers to the family in memory of Duane Koltes, please visit our flower store.