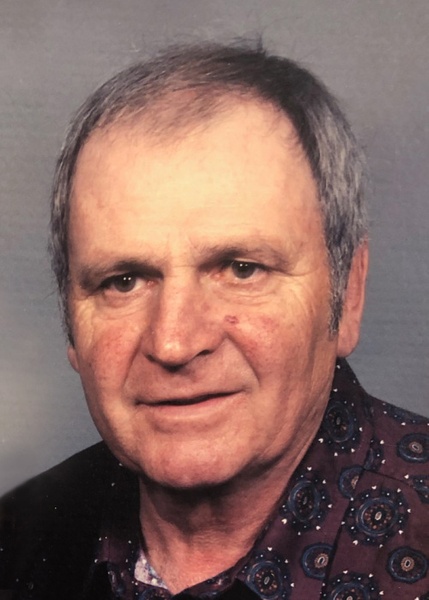 Duane Loll, 85, of Fergus Falls, MN, passed away, surrounded by his loving family, at his residence on Sunday, July 12, 2020. Visitation will be held from 5 PM to 7 PM, Thursday, July 16, 2020, at St. John's Catholic Church, Wahpeton, with a Prayer Service at 7 PM. Visitation will continue from 1:30 PM to 2:30 PM, Friday, July 17, 2020, at St. John's Catholic Church, Wahpeton, followed by the Funeral Mass at 2:30 PM at the church. Burial will be held at Riverside Cemetery, Breckenridge, with the ND Funeral Honors Team. Arrangements have been entrusted to Joseph Vertin and Sons Funeral Home, Breckenridge.

Duane Darrel Loll was born on January 5, 1935, to Charles and Gertrude (Zietlow) in Great Bend, ND. He grew up there and attended school in Great Bend and Wahpeton High School. After high school, Duane enlisted in the United States Army and discharged honorably.

During his time in the service, a mutual friend introduced him to Mary Erb and their love story began. Duane was a very well-known pitcher in many leagues of baseball and would take Mary to his games. He could pitch so fast; they had a hard time finding a catcher that could catch for him and that’s how he gained the name “Smokey!” Duane and Mary were united in marriage on December 31, 1960, at St. Phillips Church in Hankinson, ND. After that, everything naturally fell into place. Duane and Mary were prepared to have all boys but were blessed with three beautiful girls.

Duane worked for a sanitation company in Bloomington, MN. After this, Duane surprised Mary with his lifelong dream of owning a resort, she was overwhelmed but ultimately, supported his passion. His dream became a reality when he became the owner and operator of “Loll’s Resort” on Pickerel Lake, MN, for over 30 years. During the winter seasons, Duane worked at Larson’s Ford Company in New York Mills and Minn-Dak Farmers’ Cooperative, where he worked until his retirement.

Duane had a passion for fishing. He took all his grandchildren on their 6th birthday to the Fishing Hall of Fame in Hayward, Wisconsin, where his name appears on a plaque as a lifetime member. Throughout his years as a husband and father, Duane was always attentive and gentle; he was truly the best father in the world and was adored by many. Memories of Duane singing in the car, taking the girls to the bait shop, and the countless fishing lessons will forever be cherished.

He was preceded in death by his parents, Charles and Gertrude (Zietlow); brothers, Raymond, Stanley, Cyril; sister, Joyce; and grandson, Jonathan Krause.

To order memorial trees or send flowers to the family in memory of Duane Loll, please visit our flower store.