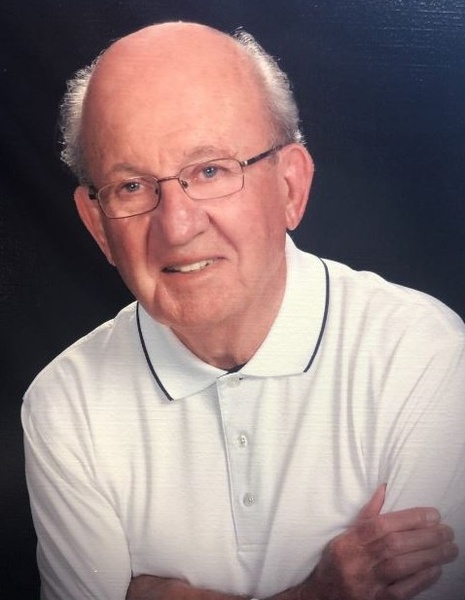 Edward (Ed) James Casey, 85, of Breckenridge, MN, died peacefully under the care of LB Hospice on Wednesday, July 22, 2020, surrounded by his loving family, at his home on Otter Tail Lake, MN. Visitation will be held from 11 AM to 12:45 PM, Monday, July 27, 2020, at Joseph Vertin and Sons Funeral Home, Breckenridge, followed by the funeral mass at 1 PM, Monday, July 27, 2020, at St. Mary’s Catholic Church, Breckenridge. Father Leo Moenkedick will be officiating. Burial will be held at St. Mary’s Catholic Cemetery in Breckenridge. The Casey family invites you to join them for a Celebration of Life honoring Ed, following the burial, at Casey’s Bar, Breckenridge. Arrangements have been entrusted to Joseph Vertin and Sons Funeral Home.

While maintaining social distancing guidelines, we are now able to accommodate gatherings of up to 250 people. The use of face masks by attendees is mandated in the state of Minnesota, and we will continue taking the necessary steps to keep our facility clean. For those who prefer or require continued precautions, webcasting and/or live streaming will be available for Ed's service.

Ed, son of George and Margaret Casey, was born and raised in Breckenridge, MN.  He lived his entire life on Second Street in Breckenridge, until retirement when he moved to Otter Tail Lake.  He attended St. Mary’s Catholic School and Breckenridge High School and was a proud Breckenridge Cowboy, excelling in every sport he played.  Following high school, he attended St. John’s University and played football under legendary coach John Gagliardi.  He served his country in the Army National Guard and then dedicated his life to family and business.  Following in his father’s footsteps, he owned and operated Casey’s Bar from 1973 to 2009.  He received the Minnesota Liquor Retailer of the Year award from the MN Liquor Beverage Association in 1976 and any beer salesman will tell you he had the top Budweiser sales in the tri-state area.   His son Carl now proudly runs the family business, as a third-generation owner.  Ed was a lifelong member of St. Mary’s Catholic Church and most recently St. James Catholic Church, Maine, MN.  He was an honorary lifetime member of the Knights of Columbus.

While working at Casey’s Bar, Ed met the love of his life, Carol Zech.  They were married on February 20, 1965, at St. Austin’s Church in Minneapolis, MN.  To that marriage, they raised four sons and one daughter:  Carl (Cheryl Meyer), Michael, Patrick (Karla Halstenson), Francine (Jason) Ask, and Andrew (Sarah).  Ed was a proud grandfather to Justin, Jayden, Katelyn, Emily, Camden, Olivia, Ava & Baby Casey.  His beloved grandson Carter Casey welcomed him at the pearly gates.

Ed is survived by his wife of 55 years, Carol; his children, grandchildren, many nieces and nephews and every customer of Casey’s Bar.  He is preceded in death by his parents George and Margaret Casey; his in-laws Sylvester and Francis Zech, his brother Thomas Casey; his infant twin brothers, John and Joseph Casey; his infant twin children Timothy and Michelle Casey and grandson Carter Casey.

In lieu of flowers, the family requests memorials are sent to the Carter Casey Scholarship Fund, Bremer Bank or L B Hospice, Fergus Falls.

To order memorial trees or send flowers to the family in memory of Edward "Ed" Casey, please visit our flower store.