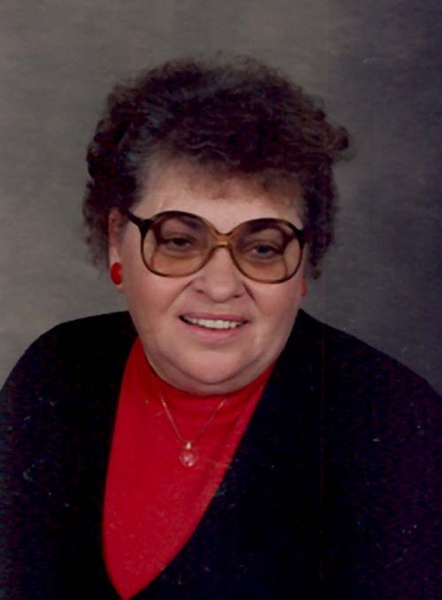 Eileen Marwitz, 77 of Breckenridge, MN passed away at St. Francis Nursing Home on April 27, 2011. The funeral is Saturday April 30 at 1 pm at Grace Lutheran Church, Breckenridge, MN. The visitation is one hour prior to the funeral from12 pm to 1 pm at the church. Officiating is Pastor Ryan Drevlow. Interment is at Stiklestad Cemetery, Fort Ransom, ND at a later date. Pallbearers are Jason Morgan, Virlyn Strander, David Marwitz, Kevin Roller, Nicole Roller, and Bradley Roller
Eileen was born to William and Erma (Isakson) Strander on January 23, 1934 in Englevale, ND. She grew up on a farm near Fort Ransom, ND and attended Vold Country School. She remained on the family farm, helping her father until moving to Lisbon, ND where she attained a job at the Creamery. In 1959, Eileen moved to Fergus Falls, MN and waitressed at Skogmo's Restaurant and was a seamstress for Rosenblatz. She moved to Campbell, MN in 1965. On July 29, 1972 Eileen was united in marriage to Gerald Marwitz at St. Paul's Lutheran in Campbell. The couple made their home in Breckenridge, MN. Eileen continued her waitress career at Clem's Café in Wahpeton, ND and Lee's Chop Suey in Breckenridge, MN. She later moved to West Fargo, ND and worked at the Flying J from 1990 to 1995. Eileen entered St. Francis Nursing Home where she remained until her passing.
In her spare time, Eileen enjoyed playing piano, organ and guitar. She valued the times with her friends playing cards, scrabble and putting puzzles together. She cherished her family and will be remembered for her unconditional love for them.
Eileen is survived by her daughter Dawn (Kevin) Roller of Dickinson, ND and their children Nicole and Bradley; her son David Marwitz of Breckenridge, MN; her brother Virlyn (Delores) Strander of Pelican Rapids, MN; her half brother Harold (Simone) Bergman of WI; her half sister Marilyn Bergman of Seattle, WA.
Eileen is preceded in death by her parents William and Erma Strander.
To order memorial trees or send flowers to the family in memory of Eileen Marwitz, please visit our flower store.