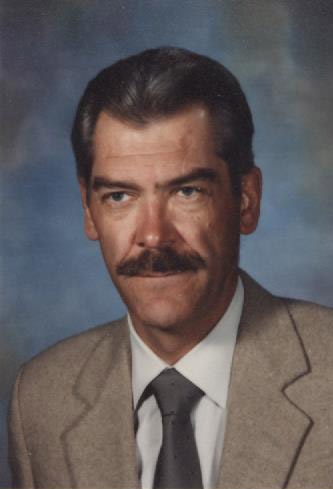 Errol Dean Erickson, 70 of Breckenridge, MN, passed away Monday, May 13, 2013 at Regions Hospital in St. Paul, MN. The funeral will be at 11:00AM, Friday, May 17 at Breckenridge Lutheran Church. Visitation will be at the church from 10-11:00AM one hour prior to the funeral. Pastor Mark Manning will be officiating.
Errol was born to Edward and Agnes (Martinson) Erickson, February 10, 1943 in Fergus Falls, MN where he grew up and attended school. After graduating high school in 1961, he completed a Bachelor's Degree in English Literature at Bemidji State College. He then obtained his Master's Degree from the University of Wisconsin in River Falls. He landed his first teaching position in Marshall, MN, teaching high school English. In 1971, he began his career as an English Literature Professor at North Dakota State College of Science. He was a devoted employee of NDSCS until his retirement in 2005. Errol was united in marriage to Jane Fjeld Link on July 22, 1983 in Dresser, WI. To this union their family was complete when Laura Ashley was born in 1988.
Errol took pride in his teachings, every day he strived to engage the minds of his students. He loved what he did. He will be remembered as a great teacher by many, many students over the years. Errol enjoyed taking Laura fishing in his boat on the lake, as well as ice fishing in the winter. He appreciated literature and music of all kinds. He also spent a lot of time in his garden, always planting a new and unusual plant. He was a member of the Wahpeton Eagles Club. Those who knew him will remember Errol handing out candy to anyone he encountered. He was a loving father and grandfather and had an amusing sense of humor, never to bore!
Errol is survived by his daughter Laura (Conrad) Erickson of Wrightwood, CA; Jane Erickson of Wahpeton, ND; his step-daughters, Amy (Eli) Edwards and Melissa (Richard) Tighe both of Zimmerman, MN; a step-son, Kelly Link of Andover, MN; five grandchildren, Samantha Edwards, Jonathan Tighe, Anna Tighe, Kayla Link, and Josephine Link; a sister-in-law Lila Dahl of Fargo, ND; two nieces from his brother, Kim Mund and Marsha Susag, as well as their children; many nieces and nephews from Jane's side; his friends Gene Pinkney, and Rory and Cindy Leinen; and his dog Brandy.
Errol is preceded in death by his parents Ed and Agnes Erickson and his brother LeRoy Erickson.
To order memorial trees or send flowers to the family in memory of Errol Erickson, please visit our flower store.