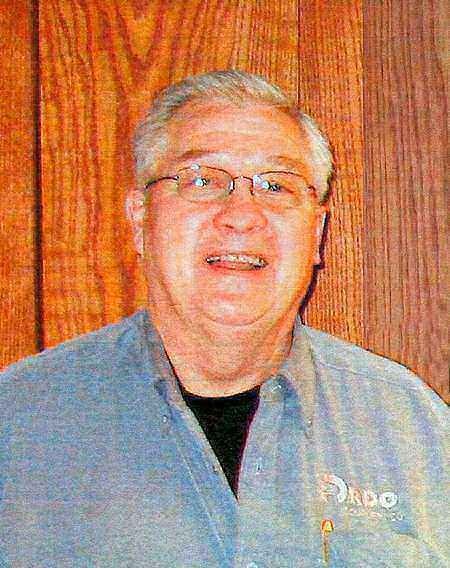 Ervin Dale Dye, 67 Breckenridge, MN died on November 16, 2010 at St. Francis Health Care Campus, Breckenridge, MN surrounded by his family. The funeral is at United Methodist Church, Breckenridge, MN on Monday, November 22 at 11:00 am. Pastor Gary Gottfried is officiating. The visitation is Sunday, November 21 from 5 to 7 pm with a prayer service at 7 pm at Joseph Vertin & Sons Funeral Home Breckenridge, MN and one hour prior to the funeral at the church. Interment is at Riverside Cemetery, Breckenridge, MN. The Pallbearers are Lyle Green, Roy Marohl, Ray Trower, Lorin Styf, Mike Hasbargen, and Joel Kaczynski and the Honorary Pallbearers are The RDO family.
Ervin was born on September 4, 1943 to Dale and Thelma (Kohler) Dye in Tyler, MN. He attended rural school before graduating from Ellendale, ND in 1962. Following high school, Ervin attended NDSCS majoring in Diesel Mech. While there he developed an interest in Golden Gloves Boxing and became 2- time North Dakota Golden Gloves Champion. After competing, he coached many successful fighters over a ten year period.
He married the love of his life Kathryn Schreiber on February 6, 1965 at the Evangelical United Brethren Church in Wahpeton, ND. In April 1965, he started a 4 decade long career with Red River Implement (now RDO) in Breckenridge. His dedication to his customers in the farming community will always be remembered. In 1974 Ervin was honored as KBMW man of the year. He was active in the United Methodist Church and on their finance committee for several years.
Ervin was never willing to sit on the sidelines when it came to raising his children. He was active in their lives and it was a priority for him to not only follow their events but also 'play' together. As a family they spent many hours of camping, fishing, and hunting together. He valued the times spent with his grandchildren.
Ervin is survived by his wife Kathryn of Breckenridge, MN; his children Steve (Alison) Dye of West Fargo, ND and their children Gabrielle, Grace and Ella; Shawn (Shannon) Dye of West Fargo, ND and their children McKenzie and Sydney; Shannon (Maurice) Shell of West Fargo, ND and their children Madelyn, Maxwell, Michael and Miley; his brother Dennis Dye of Oakes, ND; his sisters Carol (Marvin) Robb of Hecla, SD and Arlene Dye of Redfield, SD.
Ervin is preceded by his parents Dale and Thelma (Kohler) Dye
To order memorial trees or send flowers to the family in memory of Ervin Dye, please visit our flower store.