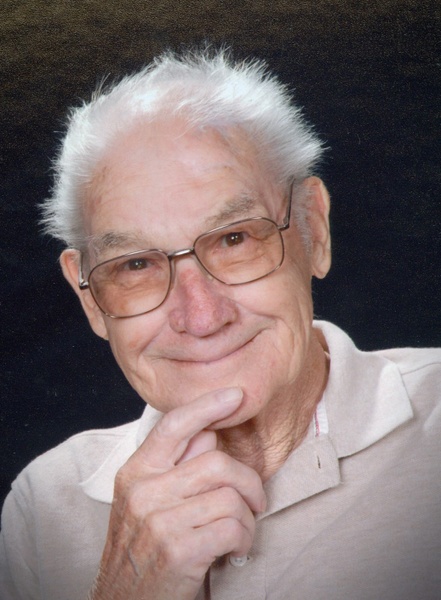 Eugene A. Dudgeon, Sr., age 85, of Campbell, MN, passed away on December 20, 2015, at his home in Campbell, surrounded by his loved ones. The Funeral Mass will be held at 10:00 AM on Wednesday, December 23, 2015, at St. Gall's Catholic Church, in Tintah, MN, with a visitation one hour prior to the service at the church. Burial will be at Lake George Cemetery. Joseph Vertin and Sons Funeral Home in Breckenridge is assisting the family with arrangements.

Gene Arthur Dudgeon, Sr. was born on August 26, 1930, in Gonvick, MN, to Chalmer and Bessie Mae (Burnham) Dudgeon. He grew up in Gonvick and attended school there. After school, he moved to Pontiac, Michigan to attend transmission school.

Gene was united in marriage to Evelyn Larkin on February 3, 1951 in Cambridge, MN, at Father Paul Lansik's house rectory. From this union, they had seven children. Gene entered the United States Army in 1951 and served in Korea until 1953. After his military tour, Gene worked for Burdick Grain Elevator in St. Louis Park, MN, and transferred to Chicago in 1967. He transferred to Wahpeton, ND in 1975, and the family resided in Campbell, MN. Gene became owner and operator of his own trucking company, DW Trucking, and even after his retirement, he enjoyed assisting other local truckers for many more years.

Gene loved outdoor activities, riding 4 wheeler and snowmobiles, and also enjoyed deer hunting. His favorite outdoor activity was spending time at the family lake cabin at Lake George. There were many campfires with the kids and friends. Gene was a member of the American Legion, and St. Gall's Catholic Church in Tintah, MN

He was preceded in death by his parents; his brother, Wilbur Dudgeon; his sister, Alice Johnson; his brother-in-law, Bob Johnson; and his nephew, Gerry Johnson.

In lieu of flowers, the family requests memorials.
To order memorial trees or send flowers to the family in memory of Eugene Dudgeon, please visit our flower store.