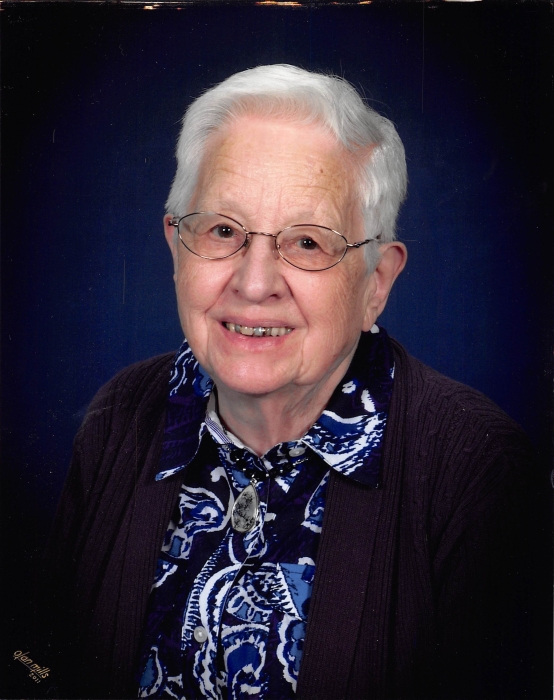 Fern Elizabeth (Osborn) Ward, 96, of Breckenridge, MN, passed away peacefully at St. Francis Nursing Home in Breckenridge on Saturday, July 15, 2018. The funeral service will be held at 11:00 a.m., Saturday, July 21, 2018, at Valley Christian Church in Breckenridge with the visitation one hour prior to the service. In lieu of flowers, memorials to St. Francis Nursing Home or Valley Christian Church are preferred.

Fern Elizabeth (Osborn) Ward born on a farm in LaMars Township, near Fairmont, ND, on October 5, 1921, to George and Lottie (Funk) Osborn. Fern grew up and attended school in LaMars Township and graduated from Fairmont High School in 1939.


On October 15, 1940, Fern married Clarence Ward at St. Mary’s Catholic Church in Breckenridge, MN. Shortly after their marriage, they lived in Oklahoma while Clarence served in the Navy and eventually moved back to Breckenridge where they were blessed with five children. After 61 years together, Clarence passed away in 2001 and in Fern’s later years, she resided at York Manor in Breckenridge for a short time. Most recently, Fern lived at St. Francis Nursing Home. Fern was a devout member of Valley Christian Church in Breckenridge and the American Legion Auxiliary.

Fern was a loving homemaker who enjoyed writing letters, sending cards on special occasions, and scrapbook until she became older. Also, she enjoyed canning and freezing the produce that Clarence would raise and gather from the garden. Fern had a heart for others and enriched the lives of those she visited at the local nursing homes and hospitals. More importantly, her joy and love came from Jesus, her husband, children, grandchildren, great-grandchildren and all their spouses. Fern and Clarence were immensely blessed by the gift of their family and they cherished how much they were loved and cared for throughout the years.

To order memorial trees or send flowers to the family in memory of Fern Ward, please visit our flower store.