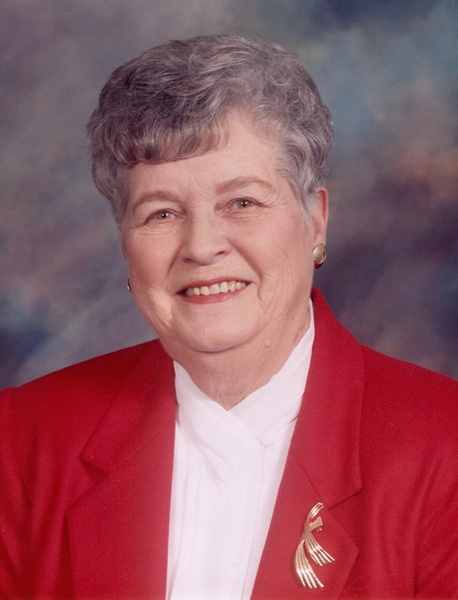 Her funeral will be held on Wednesday, May 13, 2009 at 11:00 a.m. at Joseph Vertin & Sons Funeral Home Chapel in Breckenridge with Pastor Mark Manning officiating.

Visitation will be Tuesday, May 12, from 5:00 p.m. to 8:00 p.m. at Joseph Vertin & Sons Funeral Home, Breckenridge. There will also be visitation for one hour prior to the funeral at the funeral home. Interment will be at , Wahpeton, ND.

Ferne was born October 13, 1922 at , the daughter of William and Hattie (Stahl) Anderson. She later moved to , and graduated from in 1940. Following graduation she worked for Dr. Lee McMahon in Breckenridge and Lieber’s Ready to Wear in Wahpeton, ND.

On September 21, 1943 Ferne was married to Raymond C. Cimbura. They lived in Breckenridge all their married life except two years in . Ferne worked at the Breckenridge Clinic and for Drs. Brudvik and Rasmussen dental office.

Prior to Ray’s illness, Ferne loved to dance, fish, help Ray with the garden produce and entertain friends at home. Ray preceded her in death on March 2, 1992.

Ferne’s first concern was always for her family. She loved to spend time with her grandchildren. She enjoyed watching sports, especially basketball, doing needlework, reading and baking cookies. Ferne was a member of , Eagles Aerie #2749 Auxiliary, the Breckenridge All School Reunion Committee and the local group of Railroad Retirees.

She was preceded in death by her parents: William and Hattie Anderson; and her husband: Raymond Cimbura.

To order memorial trees or send flowers to the family in memory of Ferne Cimbura, please visit our flower store.