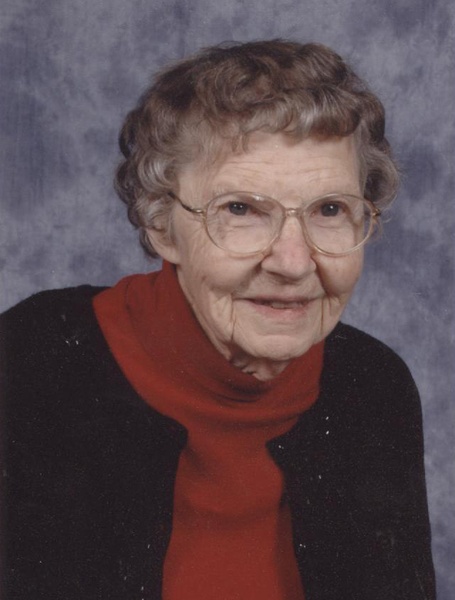 Florence L. Willard, 94, of Breckenridge, MN, passed away at St. Francis Nursing Home in Breckenridge on Sunday, April 13, 2014. The visitation will be at St. Gall's Catholic Church in Tintah, MN from 12:00 to 2:00PM, on Thursday, April 17, followed by the Celebration of Life Service at 2:00PM. Father Mike Kellogg will be the celebrant. The interment will be at St. Gall's Catholic Cemetery near Tintah.
Florence was born on July 19, 1919 at rural Wolverton, MN, the daughter of Charles and Eva (Johnson) Warner. She married Leo Benjamin Willard at Kent, MN in 1935. They farmed in the Kent area until 1940, when they moved to a farm near Nashua, MN. Leo passed away in 1981, but Florence continued to live on the farm until moving to Fergus Falls, MN in 1994. In August of 2013, she moved into an assisted living facility in Breckenridge.
Florence's life was characterized by hard work and a strong family bond. A well groomed yard was gratifying to her, as was maintaining her beautiful flower garden. She was an active member of St. Gall's Catholic Church, participating in ladies aide and seasonal decorating. She took pleasure in sewing and was a gifted baker. Friends and family were always welcomed with open arms and a warm smile. Survivors include a son and three daughters, Lavonne (Dean) Toelle of Tintah, MN, Loren (Margaret) Willard of Barnesville, MN, Gail (Robert) Kuefler of Forest City, Iowa, Charlotte (Richard) Davison of Tintah, MN; 16 grandchildren; 35 great-grandchildren, and 18 great-great grandchildren; 2 sisters, Wilma Grenier and Doris (Eugene) Leinen, both of Breckenridge; and many nieces and nephews.
Florence was preceded in death by her parents, Charles and Eva Warner; her husband, Leo (February 1, 1981); a great-great grandson Jonathon; and two sisters, Beatrice Dohman and Avis Warner.
In lieu of flowers, the family prefers memorials be given to the charity of their choice.
To order memorial trees or send flowers to the family in memory of Florence Willard, please visit our flower store.