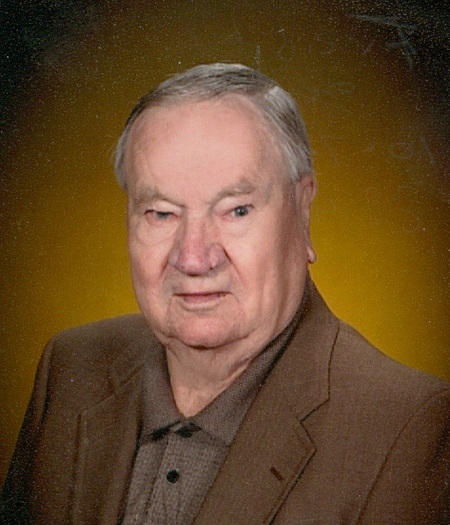 The funeral service will be held at 11:00 a.m. on Saturday, August 17, 2013 at Grace Lutheran Church in Breckenridge. There will be a visitation from 5:00 p.m. to 7:00 p.m. on Friday, August 16, 2013 at Grace Lutheran Church. There will also be a visitation one hour prior to the service at the church on Saturday. Pastor Ryan Drevlow will be officiating. The interment will be at Fairview Memorial Gardens in Wahpeton. Joseph Vertin & Sons Funeral Home in Breckenridge is assisting the family with arrangements.

Fred H. Seibel was born on October 7, 1923 to Fred and Frieda (Froemming) Seibel in Elgin, North Dakota. He graduated from Elgin High School in 1940. He then attended State College of Science and then was inducted into the Navy. He received a medical discharge shortly after induction. On May 27, 1944, Fred was united in marriage to Ruth Burton at Breckenridge Lutheran Church.

Fred owned and operated Breckenridge Electric doing farm, home, and commercial jobs. Some include the Women's Reformatory, built five radio towers, many street lighting jobs in cities of Bismarck, Fergus Falls, Fargo, Grand Forks, traffic signals around North Dakota State Capital, and many schools. One of his largest jobs was being the cable contractor of ABM: Anti-Ballistic Missile System in North Dakota.

Fred was also a partner and served as chairman of the board of the First National Bank in Breckenridge. He also served on First National Agency Board, and 21 years on the Breckenridge Public Utilities Commission, and many years as president. He was a charter member of Grace Lutheran Church, a member of American Legion Post #53 of which he served as Post Commander and was also a member of the Wahpeton Eagles.

He loved spending time at his lake home and having his family there. As an avid sports fan, he enjoyed watching the Twins, football, and golf – from high school to the pros. Music was also a favorite, especially country and old time.

He was preceded in death by his parents, his wife, Ruth on December 1, 2008, and a sister Charlotte.
To order memorial trees or send flowers to the family in memory of Fred Seibel, please visit our flower store.