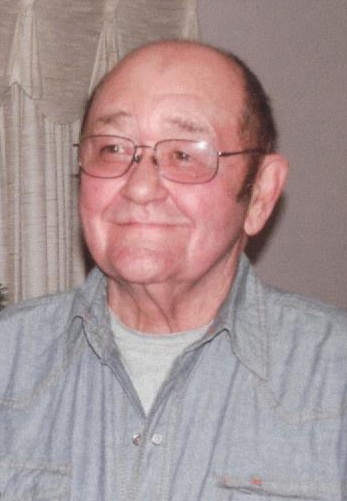 Gary LeRoy Stargel, 67, of Wheaton, MN, died Monday, February 03, 2014, at the Broen Home in Fergus Falls, MN, after a courageous battle with cancer. There will be a visitation from 1:00 to 2:00PM, followed by the Memorial Service at 2:00PM Friday, February 7, 2014 at St. Paul's Lutheran Church in Campbell, MN. Pastor Carl Berner will be officiating.
Gary was born to Earl and Pearl Stargel on November 30, 1946 in Breckenridge, MN. He graduated from Elbow Lake High School in 1964, and then enlisted in the U.S. Navy. After four years of service to his country, he received an honorable discharge on October 4, 1970. For the next 17 years, Gary was employed at several different locations within the Harvest States Grain Company. Following, he worked for Rusty Irving on his farm. For the last 15 years, he worked for Vaughn Maudal, building water and fertilizer trailers, and also farming.
Gary was tremendously fond of deer hunting. He specifically looked forward to hunting with his brother, Jim, along with Vaughn, Cameron, Carson, Dave, Rod and the rest of his "hunting buddies." He enjoyed spending time with the Buettner family, especially his good friend, Jake. Gary also appreciated spending time in his garden and grooming his yard.
Gary is survived by his son, Justin Stargel of Fargo, ND; his brother, Jim (Gloria) Stargel of Nashua, MN; his sister, Marilyn (Vern) Aarness of LaPine, OR; his nieces, Shelley (Gary) Eichhorn of Breckenridge, MN, Annette (Dan) Schaffer of Fargo, ND; his nephew, Chad (Sarah) Aarness of LaPine, OR; 5 great-nieces and nephews; 1 uncle and 3 aunts.
In addition to his parents Earl and Pearl Stargel, Gary was preceded in death by his grandparents, Glen and Clara Stargel; Ingwald and Hannah Maudal; his niece, Chauntal Aarness; and several aunts and uncles.
To order memorial trees or send flowers to the family in memory of Gary Stargel, please visit our flower store.