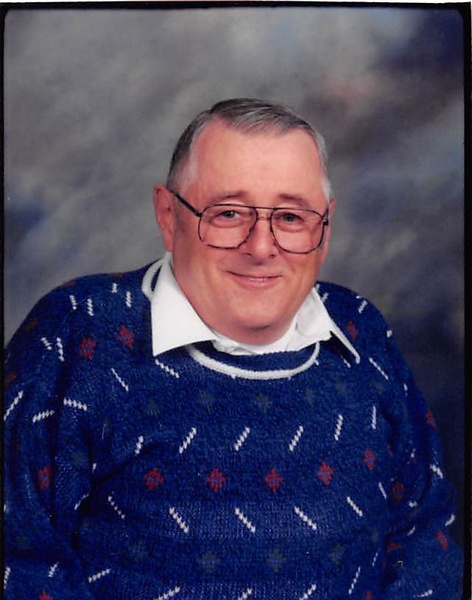 George Alan Paur, 77, of Wahpeton, ND, passed away on Thursday, June 29, 2017, at CHI St. Francis Health Care Center in Breckenridge, MN. The visitation will be from 5:00 to 7:00 PM, with a prayer service at 7:00, on Wednesday, July 5, 2017, at Joseph Vertin and Sons Funeral Home in Breckenridge. The visitation will continue at Bethel Lutheran Church in Wahpeton from 9:30 to 10:30 AM, on Thursday, July 6, followed by the funeral at 10:30 AM. Pastor James Gustafson will be officiating. The inurnment will be at Fairview Cemetery in Wahpeton.
George Alan Paur was born April 14, 1940 in Harvey, ND, to William and Dorothea (Schwartz) Paur. He grew up in Anamoose, ND, where he attended school, was baptized and confirmed. He graduated from Anamoose High School in 1959, and went on to earn an Associate's Degree in auto mechanics from NDSSS (now NDSCS) in Wahpeton, ND, in 1961.
On August 8, 1964, George married Joyce Hanson in Rosholt, SD. The couple made their home in Wahpeton and they were blessed with three children. George worked at Dick's Standard service station from 1960-1974, Smith Motors from 1974-1981, and 3M and Imation from 1981-1995, all in Wahpeton, where he retired.
George is survived by his son Steven, Wahpeton, ND, two daughters, Paulette Bingham, Grand Forks, ND and Susan Johnson (Josh Martin) Greenfield, IN; a brother, Donald (Helen) Paur of Appleton City, MO; two grandchildren, Katherine Grammer, Buckingham, VA, and Nicholas Edner, St. Cloud, MN; and three great-grandchildren, Tiyahna Grammer, Isis Grammer and Immanuel Grammer, Buckingham, VA; and numerous nieces and nephews. He was preceded in death by his wife, Joyce; his parents, William and Dorothea; two brothers, Cliff and Theodore; and his sister Fern Reinowski.
To order memorial trees or send flowers to the family in memory of George Paur, please visit our flower store.