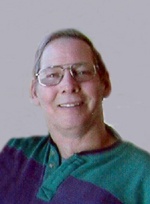 
The funeral for Gerald will be held on Wednesday, January 14, at 2:00 P.M. at the Church of Jesus Christ of Latter-Day Saints in Wahpeton. Officiating will be Robert Ulvestad-Branch President. There will be visitation for one hour prior to the service at the church.

Interment will be at , Wahpeton, ND, in the spring.

Gerald was born on August 3, 1950 at , to H.T. and Frances (Roscoe) . He grew up traveling all over the with his Air Force family. Gerald graduated from high school in . He then continued to travel and worked at various jobs. Most recently he moved and settled in Wahpeton, ND, with his youngest son, Travis.

Gerald was a devoted member of the Church of Jesus Christ of Latter-Day Saints. He reached the level of High Priest. He was also a Mission Leader for the Wahpeton Ward.

He loved watching football and basketball and enjoyed fishing. Gerald enjoyed cooking for and playing with his grandchildren, including two grandsons, Jadon Skyler Ryg and Jayce Henry Mason Ryg of Wahpeton; and granddaughters, Alexis Lucille Ferguson and Shelby Grace Ferguson of .

He was preceded in death by: His parents, H.T. and Frances Ferguson; His brother: Michael Dean Ferguson; His two sons: Ryan and an infant son

To order memorial trees or send flowers to the family in memory of Gerald Ferguson, please visit our flower store.