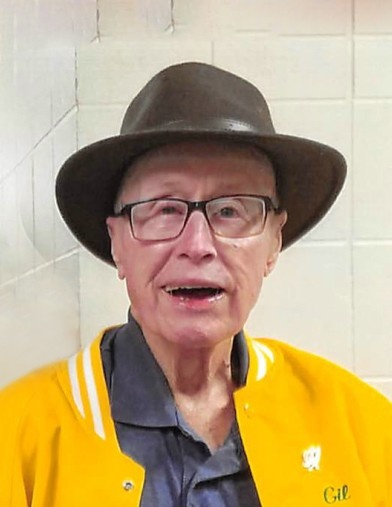 Gilbert “Gil” Voss, 91, of Breckenridge, MN, formerly of Campbell, MN, passed away peacefully, Thursday, October 24, 2019, at his residence in Twin Town Villa, Breckenridge.  His funeral service will be on Saturday, November 2, 2019, at 11:00 am with visitation one hour before the service at United Church of Christ (Congregational) in Wahpeton, ND. Pastor Ken Adams will officiate the service.  Burial will take place at Pleasant Hill Cemetery near Fairmount, ND.   Arrangements have been entrusted to Joseph Vertin and Sons Funeral Home, Breckenridge.

Gil was born on October 21, 1928, near Campbell, MN, to Gustav and Nina (Mellon) Voss. He grew up and attended school at County School District #12 and later, graduated from Campbell High School in 1946. After his formal education, Gil pursued his interest in flying and in 1954, he began his 29-year career in commercial flying and crop spraying. During this time, he was also a flight instructor while farming west of Campbell. He also was in business in Wahpeton at the Dairy Queen from 1969 to 1973 while farming and spraying and later, owned a ski resort “Holloway Hill” near Pelican Rapids, MN.

Gil became a father of three in 1962, when he adopted Brenda, Vicki, and Renee. He spoke about the joy his daughters brought to his life and the perspective he gained through their involvement in his world.

On December 30, 1979, Gil was united in marriage to Ardella Larson at Tappen, ND. They lived on the farm and in 1986, Gil retired from farming. On October 15, 2005, they moved to Breckenridge where they continued to live until October of 2017, when Ardella moved to Serenity Assisted Living in Dilworth, MN.

Gil was an Elk, Mason, Shriner, and a Wilkin County Posse Member. He was also a member of the congregation of United Church of Christ in Wahpeton. From 1988 to 1997, Gil was Wilkin County Commissioner. In his later years, Gil played in his band “On the Mend” for 35 years and brought his love for music to the lives of many people, including residents at nursing homes, assisted living homes, and veteran’s homes. Gil truly never retired, even 14 days prior to his passing, he was singing at Twin Town Villa. During his stay at Twin Town Villa, Mary Wolfgram, the facility Director, and the staff there made him feel loved and at home.

He is preceded in death by his parents, Gustav and Nina; brother, James Voss; and sister-in-law, Delores Voss.

To order memorial trees or send flowers to the family in memory of Gilbert "Gil" Voss, please visit our flower store.