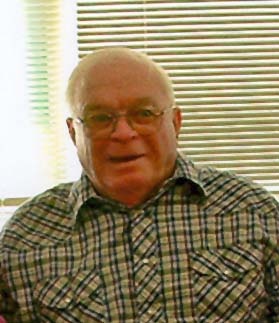 Glen Louis Buchholz, 81 of Breckenridge, MN passed away on May 26, 2011 at St. Francis Nursing Home surrounded by his family. The visitation is Monday, May 30, 2011 from 4-6pm at Joseph Vertin & Sons Funeral Home, Breckenridge, MN and one hour prior to the funeral at the church. The funeral is Tuesday, May 31, 2011 at 11 am at Faith Lutheran Church Wolverton, MN. Officiating is Pastor Clay Ellingson. The interment is at Mitchell Township Cemetery, Rural Wolverton, MN.
Glen was born to Albert and Irene (Prieb) Buchholz on November 16, 1929 in Wolverton, MN. He attended school in Wolverton. After his schooling, Glen went to work for several farmers in the Wolverton area, including his uncles. Glen purchased his own farm near Wolverton. Then on June 30, 1961 he married the love of his life, Jane Brenden in Rothsay, MN. They made their home on the farm where they raised their daughter, Sheri. Glen retired from farming in 2001 then moved to Pelican Rapids, MN. In 2002, after living in Pelican Rapids just a short time, they moved to Breckenridge. In 2007, Glen and Jane moved into Twin Town Villa and in December of the same year, Glen moved into the loving care of St. Francis Nursing Home.
Glen will be remembered for humor and sharing his wit with friends and neighbors. He took pride in farming and caring for his livestock and pet dogs. He enjoyed leisurely drives to look at the crops and looked forward to the days when he got to go fishing and do some gardening. He loved to attend family gatherings and considered the time spent with family among his greatest joys. He will be greatly missed by all.
Glen is survived by his wife Jane Buchholz of Breckenridge, MN; his daughter Sheri Buchholz (fiancé Tory Nissen) and his children Cody and Tyler of West Fargo, ND; his brothers Leo Buchholz of Fergus Falls, MN; Loren (Mary) Buchholz of Wadena, MN; Louis ( Sharon) Buchholz of Pelican Rapids, MN; Albert Buchholz of Erhard, MN; his sisters Margie Long of Tulsa, OK; Frances (Tom) Williams of Broken Arrow, OK; Faye Groen of Scottsdale, AZ; Cheryl (Ronald) Affield of Kent, MN; several cousins, nieces and nephews.
Glen is preceded by his parents Albert and Irene Buchholz; his siblings Earl and Donald and Jean Swenson.
To order memorial trees or send flowers to the family in memory of Glen Buchholz, please visit our flower store.