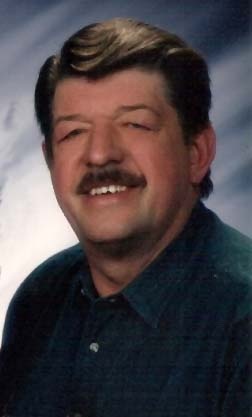 Glen Helm, 64 of Rural Kent, MN died Wednesday November 3, 2010 at St. Francis Medical Center in Breckenridge, MN. The funeral is Monday, November 8, 2010 at 10:30 am at St. Thomas Catholic Church, Kent, MN. Officiating is Father Kenneth Popp. The visitation is Sunday November 7, 2010 from 4-7 pm with prayer service at 7 at Joseph Vertin & Sons Funeral Home and one hour prior to the funeral at the church. The interment is at St. Thomas Cemetery in Kent, MN.
Glen was born on January 29, 1946 in Harvey, ND to Ervin and Minnie (Reichnberger) Helm. He grew up near Martin, ND attending school there as well. Following graduation, he attended NDSCS for auto mechanic. After college, Glen got a job working for Roble Chevrolet in Harvey, ND. On May 6, 1966, Glen and Stella Heintz were united in marriage in Orrin, ND. They made their home in Devils Lake and later in Bismarck, ND. Then in 1974, they moved to Colfax, ND followed by a moved to a farm near Kent in 1975 where he had been living until the time of his passing. Glen had been employed at Owens Services in Abercrombie, ND since 1974.
Glen was a member of the MN Street Rod Association. He enjoyed building street rods, camping, fishing and attending car shows. He was a proud father, grandfather and a devoted husband. He will be missed by all those who knew him and loved him.
Glen is survived by his wife Stella of Kent, MN; his son, Troy Helm of West Fargo, ND and his daughter Jess Brandt; his daughter, Stacie Niesche of Rochester, MN and her children, Samantha, Sebastian, Skylar and Sasha Niesche; his brother Vernon (Delores) Helm of Harvey, ND; his sisters, Lillian Breckel of Cooperstown, ND; Lois Stuber of West Fargo, ND and Marlene (Dennis) Hauser of Harvey, ND.
Glen is preceded by his parents, Ervin and Minnie Helm and his sister, Eunice Opp
To order memorial trees or send flowers to the family in memory of Glen Helm, please visit our flower store.