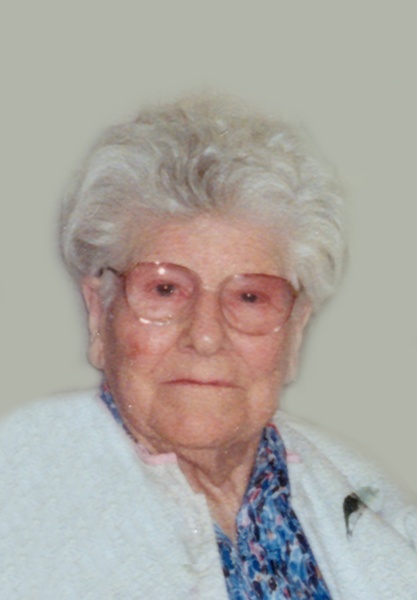 Her funeral will be held at 2:00 p.m. on Saturday, November 7, in the Light and Life Auditorium at the Broen Memorial Home, . Officiating will be Chaplin Kenneth Austin.

Grace was born on August 5, 1914 near to William and Amanda (Madson) Neuman. She attended school at Everdell and after completion of her education she worked for various families in the area. She later returned to the home farm to help with farming.

On October 15, 1933 Grace was united in marriage to Andrew Waasdorp. They lived on the Waasdorp farm and later moved to a farm north of . Andrew preceded her in death on November 13, 1982 and she continued living on the farm. In January of 2005 Grace moved to the Broen Memorial Home in .

Grace enjoyed mowing the yard, flower gardening, watching the birds, playing bingo and cards. She especially enjoyed the time spent with her family.

She was preceded in death by her parents: William and Amanda Neuman; Her husband: Andrew Waasdorp; Her grandson: Tom Waasdorp; Her brothers: Erwin and Adolph Neuman; Her sisters: Alice Rick, Agnes Kvidera, Edna Anderson, Marian Smith

To order memorial trees or send flowers to the family in memory of Grace Waasdorp, please visit our flower store.