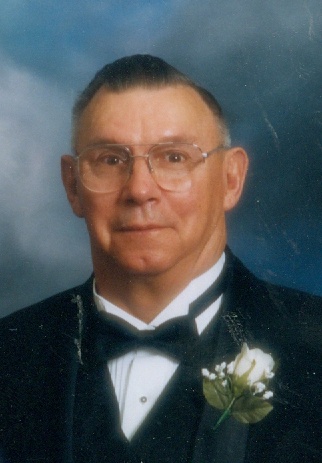 Harold E. Pazdernik, age 78, of Breckenridge, MN, passed away on Thursday, May 22, 2014 at Sanford Palliative Care in Fargo, ND. The funeral service will be at 11:00 AM on Friday, May 30, 2014, at Breckenridge Lutheran Church in Breckenridge, with Pastor Mark Manning officiating. There will be a visitation at Joseph Vertin and Sons Funeral Home in Breckenridge on Thursday, May 29, 2014, from 5:00 PM to 8:00 PM, with a prayer service at 7:00 PM. Visitation will continue one hour prior to the service at the church on Friday. Burial will be at Clinton Cemetery in Clinton, MN.

Harold Edwin was born on November 9, 1935, near Breckenridge, to Edwin and Marcella (Korinek) Pazdernik. He attended school near Doran. After completing school, Harold worked on the family farm. At the age of 18, he joined the National Guard. Harold was united in marriage to Joycelyn Prochnow on August 27, 1966 at St. John's Lutheran Church near Hankinson, ND. The couple made their home in Breckenridge. Harold worked for the Ivan Miller Farm, and later worked for the Breckenridge Elevator. In addition to his life's vocation, he was active with the Wahpeton Eagles, and the Breckenridge Senior Center.

Harold was an avid Minnesota Twins fan. He enjoyed deer hunting, fishing, playing cards, going to the Eagles, doing crossword puzzles, and collecting pens. He also looked forward to visiting with people, and spending time with family and friends, especially the grandkids.

He was preceded in death by his parents, Edwin and Marcella; his wife, Joycelyn, and one sister, Elaine Pazdernik.
To order memorial trees or send flowers to the family in memory of Harold Pazdernik, please visit our flower store.