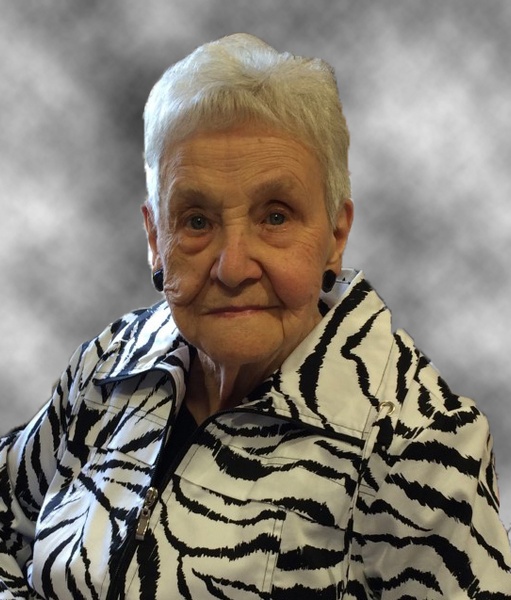 Hebe Marian Strom, 100, passed away at CHI St. Francis Nursing Home, Breckenridge, MN, on Monday, December 2, 2019, in the presence of her family. The Memorial Service will be held at 2 p.m., Saturday, December 7, 2019, with a visitation one hour prior to the service at Joseph Vertin and Sons Funeral Home, Breckenridge. Pastor Casey Bartlett, of the Seventh Day Adventist Church, Wahpeton, ND, will be officiating the service. Interment will be held at Riverside Cemetery, Breckenridge.

Hebe was born on February 12, 1919, in Doran, MN, to Arndt and Polly (Rippentrop) Abbas. She attended school at Doran Consolidated School. On December 26, 1936, she was united in marriage to Gordon Strom in Sisseton, SD. They resided in Breckenridge throughout their entire marriage. Gordon passed away in April of 1999, and Hebe continued to live at home until April of 2012 when she became a resident of CHI St. Francis Nursing Home.

Warmth and compassion were woven into Hebe’s character; she truly welcomed any time spent with her family. Hebe enjoyed cooking and baking and when she wasn’t in the kitchen, she looked forward to evenings eating out with friends and family. She was an outgoing person and adored music and dancing. Above all, she was a “special” mother and grandmother to us all and will be greatly missed.

A special thank you to the staff at CHI St. Francis Home for the exceptional care that was given to our mother during her time of residency there.

To order memorial trees or send flowers to the family in memory of Hebe Strom, please visit our flower store.