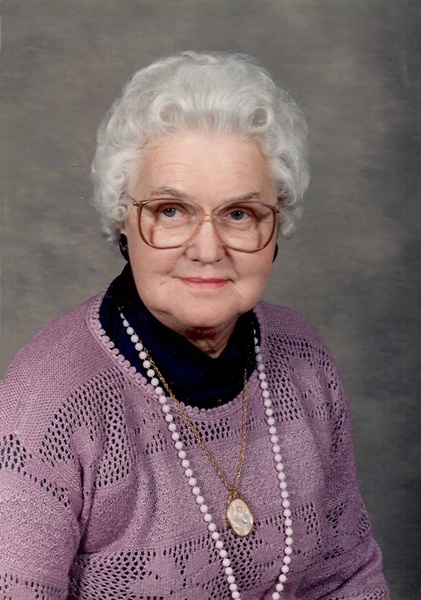 Helen was born on January 4, 1915 in Burleigh County near Steele, ND to Gilbert and Marit (Kringen) Anderson. She was baptized in the Norwegian Evangelical Lutheran Church in North Dakota. At the age of two, Helen?s family moved to Pelican Rapids, MN and she was confirmed at the Pelican Valley Lutheran Church of Pelican Rapids and attended grade school in Pelican Rapids.

Helen was a charter member of Breckenridge Lutheran Church where she was a member of the Rachel Circle and did quilting at the church. She enjoyed baking, crossword puzzles, cooking, reading, gardening, photography and traveling to see her grandchildren and other relatives.

She was preceded in death by, her parents, Gilbert and Marit Anderson; her husband, Otto Brandvold; her three children, Hollis, Delores, and Paul; her sister, Myrtle Seidel; her seven brothers, Maurice, Alfred, Stanley, Willmer, Kenneth, Orvin, and Alfred Anderson.

To order memorial trees or send flowers to the family in memory of Helen Brandvold, please visit our flower store.