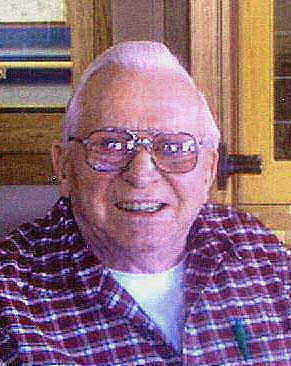 Hubert Duane Van Cleave, 77, of Breckenridge, MN passed away at St. Francis Nursing Home, Breckenridge on Tuesday, January 17, 2012. The funeral is Thursday, January 19, 2012 at 2:00pm at Joseph Vertin & Sons Funeral Home in Breckenridge. The visitation will be one hour prior to the funeral at the funeral home. Pastor Jim Gustafson is officiating. The interment is at Riverside Cemetery in Wahpeton, ND.

Hubert was born to George and Belinda (Riemenschneider) Van Cleave on April 12, 1934 in Wahpeton, ND. He attended country school in rural Wahpeton and high school in Wahpeton. After high school, Hubert joined the US Army. He was stationed in Ft Carson, CO; Okinawa, Japan; and Korea before being honorably discharged in 1955. Upon returning from military service he farmed for 2 years with his brother, Gerald. On June 8, 1957, Hubert was united in marriage to Dorothy Dozak at St. Adalbert's Catholic Church in Wahpeton. He then attended North Dakota State School of Science (NDSSS) and graduated in 1959 as a Linotype Operator. His first job after college was at Wahpeton Farmer's Globe. The couple moved several times within the tri state area while Hubert was gaining work experience as a typesetter. They established their roots in Miller, SD when Hubert obtained a position at the Miller Press newspaper. In 1979, Hubert and Dorothy moved to Fairmount, ND where they remained until moving to Wahpeton in 1990. In 2002, Dorothy entered St. Francis Nursing Home and Hubert joined her in 2008.
In his spare time, Hubert loved to hunt and fish and spending time outdoors. He taught himself to play the accordion and enjoyed solving crossword puzzles. He was a member of the VFW. He was a devoted family man and enjoyed spending time with his children and grandchildren. Hubert Duane Van Cleave passed away on January 17, 2012.