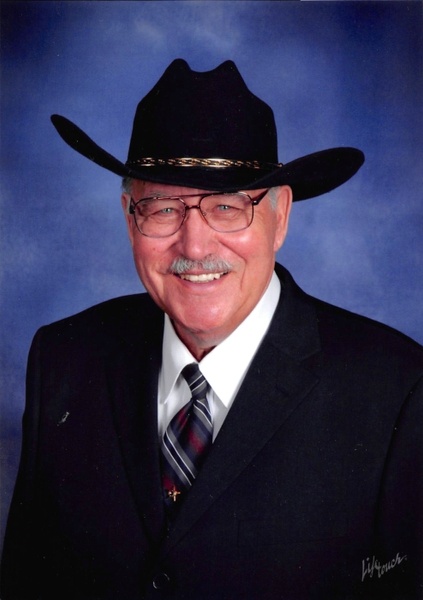 Jack Thompson, 84, of Breckenridge, MN, passed away at The Leach Home, Wahpeton, on Wednesday, May 6, 2020. With the current health concerns impacting the country, a private family service will be held in the coming days with a larger public service at a later date to honor Jack's life. Arrangements have been entrusted to Joseph Vertin and Sons Funeral Home, Breckenridge.

Jack L. Thompson was born on October 14, 1935, the son of Ernest and Hazel (Williamson) Thompson at Ogema, MN. He grew up there and graduated from New York Mills High School in 1953. Following his graduation, Jack joined the Maritime Merchant Marines and sailed on the USS August Ziezing and the USS Youngstown on the Great Lakes.

Following his retirement from the Air Force, Jack worked as a credit manager for his brother at Bob Thompson Motors in New York Mills, MN. At night he cooked for the Colonial Club in Perham, MN, and the Red Otter Supper Club in Otter Tail, MN. Jack also did auctioneer work with Bartels Brothers and worked at Dale Wright’s Jewelry in Perham, MN. From 1974 to 1976 he attended and graduated from Wadena Technical College with a degree in Accounting. In 1977, Jack attended the Reisch World Wide College of

Auctioneering in Mason City, IA, and graduated top in his class. In 1983, Jack purchased land in New York Mills, MN, and became a partner at Hilltop Homes mobile home sales, which he co-owned and managed for five years.

His wife, Marilyn, preceded him in death on October 22, 2007, following a five-year battle with cancer.

In his younger years, Jack enjoyed fishing. He wrote many poems and country-western songs that he enjoyed sharing with his children and grandchildren over the years. Jack had a kind heart and enjoyed helping people and families in need by providing a Thanksgiving meal if needed or by making a monetary donation so a family could purchase Christmas presents. Jack also enjoyed giving a dollar to a “golden girl” each day when out and about in the twin towns, which stems from his time spent serving in Istanbul, Turkey.

Jack is a member of the United Methodist Church in Breckenridge, MN, and served in the Breckenridge Rotary Club for seven years.

He is a Life Member and past Commander of the VFW, Post 2766, Wahpeton, ND; DAV, Chapter 25, Fergus Falls, MN; Military Order of the Cootie, Pup Tent 3, Wahpeton, ND; and a 62-year member and past Commander and state officer of the American Legion, Post 53, Breckenridge, MN. He is also a member of the Minnesota Association of Veterans Service Officers; Life Member of the International War Alliance; and a charter member of AmVets in Wahpeton, ND. Jack also served in the Wilkin County Honor Guard.

He was preceded in death by his wife: Marilyn; parents, Ernest and Hazel Thompson; sister, Martha Hanson, and her husband, Glenn; brothers, Robert Thompson, and Jack’s twin brother, James "Pete" Thompson, and his wife Vi.

To order memorial trees or send flowers to the family in memory of Jack Thompson, please visit our flower store.