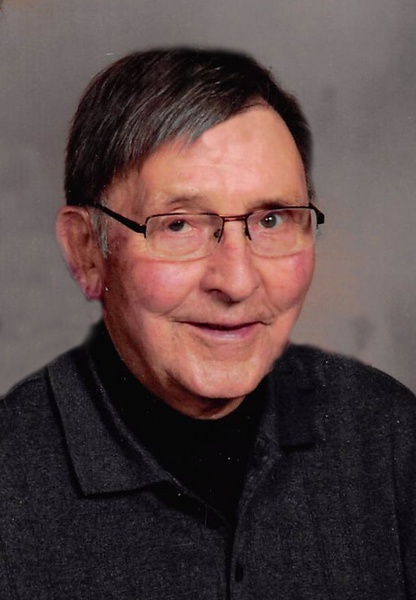 James "Jim" Henry Bock, 81, Breckenridge, MN, passed away on Tuesday March 7, 2017, at CHI St. Francis Nursing Home in Breckenridge. The funeral service will be at United Methodist Church in Breckenridge, on Wednesday, March 15, at 12:30 PM, with a visitation 11:00AM to 12:15PM, prior to the service. Pastor Mark Gronseth will officiate.
Jim was born on the family farm near Lisbon, ND, one of five children born to Elmer and Tina (Bot) Bock. He graduated from Lisbon High School in 1953. Following high school, Jim joined the National Guard and served his country as a "Weekend Warrior" for seven years. In 1954, he enrolled at Valley City State University in Valley City, North Dakota, and graduated with a BA in Education. His first job after college was at Carrington, North Dakota, where he taught and coached for three years. On June 24, 1962, Jim was united in marriage to Lois Johnson at LaMoure, North Dakota. A short while later, he attended Moorhead State University and received his Master's Degree in Education.
Jim and Lois moved to Breckenridge, Minnesota in the autumn of 1963, where they raised their 2 daughters, Lisa and Laurie. Jim was hired as teacher, counselor, and coach by Breckenridge School District. He remained a dedicated school employee and extensive advocate of Cowboy Pride, until his retirement in 1994. Jim's secondary career was Crop Adjuster, of which he retired in 2014. Jim was a member of American Legion Post 53, Elks Club, and United Methodist Church.
Whether it was as a participant, coach or side-line observer, Jim's love for sports was immeasurable. He was a zealous outdoorsman-loving to hunt, fish, and spend time at his "ranch", Henry's Place on South Turtle Lake. He had a matchless sense of humor and was admired as a mentor and educator. Jim also enjoyed reading a good book, watching TV-as long as it was sports related, and visiting with his cherished family and friends. But Jim's crowning glory was watching his grandson, Jake, play ball- he's a chip off the ol' Bock!
Jim will be missed by his wife of 54 years, Lois; his daughters, Lisa Bock of Edina, MN and her son, Jake, and Laura "Laurie" Bock of Breckenridge, MN; his sisters, June Bock Roder of Osnabruck, ND and Sharon Bock (Dale) Seim of Hankinson, ND; sisters-in-law, Maurene Bock of Fargo, ND, June Johnson Lider of Wheatland, WY, and Emelie Johnson of Minnetonka, MN; brother-in-law, Richard Johnson of Plymouth, MN; godmother to Jake Bock, Valerie Martinson of Minneapolis, MN; and many aunts, uncles, nieces, nephews, cousins and special friends.
Jim was preceded in death by his parents, Elmer and Tina; his brothers, Robert and Jerry; brother-in-law, Howard Roder; sisters-in-law, Rosie Bock and Joyce Bock; mother and father-in-law, Herbert and Elma Johnson; and nephew, Gregory Johnson.
To order memorial trees or send flowers to the family in memory of James Bock, please visit our flower store.