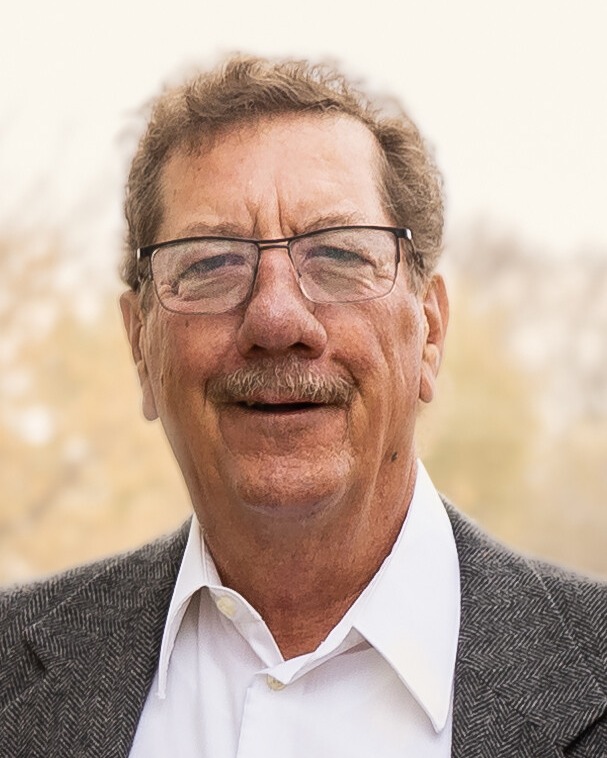 James was born December 18, 1954, to Daniel and Mary (Manock) Gill, in Breckenridge, MN. He grew up in Breckenridge and graduated from Breckenridge High School in 1973. After high school, James enlisted in the United States Navy and was proud to serve his country. He served in the Navy for four years.  During his time on active duty, he was stationed in Norfolk, VA until orders came down and sent him overseas to the Mediterranean where he served on the USS William Wood as a postal clerk. After he was honorably discharged, James moved back to Breckenridge. On June 30, 1979, James married the love of his life Rebecca Ries, in Alice, North Dakota, becoming one of “The Outlaws” of the Ries family. The couple made their home in Breckenridge to start their family.  In October of 1980 they welcomed their first son, Jason, and in May of 1983 they welcomed their second son, Adam.

James was a lifelong civil servant. He joined the Breckenridge post office in October of 1988 and continued that post until his retirement in October of 2018.  He served in many community organizations including the American Legion Post 53 where he served as Post Commander, the VFW and their Honor Guard, and the Breckenridge City Council. He was also involved in community projects, most notably the development of the Veterans Memorial Park in Breckenridge.

James had a love of sports whether it was bowling, golfing with friends, playing Old-Pro basketball, fishing, and playing softball with the Gonzo’s. He had a passion for music and singing, especially singing in the shower, and participating with the St. Francis Choir.

James cherished his time spent golfing, bowling and road tripping with his partner in crime, his wife.  He loved sharing his passion for golf with his son, Jason, and their many rounds together. James was proud of his son, Adam, for his service in the United States Army. He had a loving devotion for his grandchildren. Many knew him as their postman with a silver tongue and a welcoming smile. James will always be remembered for his kindness and compassion for others.

He is preceded in death by his father, Daniel Gill; his step- father, Robert Smith; and his grandparents, John and Augusta Gill, and Loren and Elsie Manock.

Interment will be held In the Spring of 2023 at the Fargo National Cemetery in Harwood, ND.

To order memorial trees or send flowers to the family in memory of James Daniel Gill, please visit our flower store.