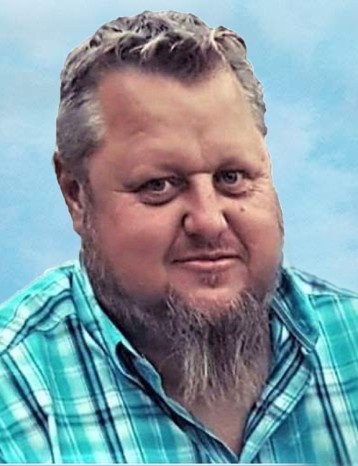 James Krause, 49, of Foxhome, MN, passed away on Thursday, October 21, 2021, at Sanford Medical Center in Fargo, ND.  Visitation will be held on Thursday, October 28, 2021, from 5:00 pm to 7:00 pm, followed by a prayer service at 7:00 pm, at Vertin-Munson Funeral Home in Wahpeton, ND.  Visitation will continue Friday, October 29, 2021, from 10:00 am to 11:00 am, followed by his memorial service at 11:00 am, at Faith Lutheran Church in Dwight, ND, with Rev. Gordon Lee officiating.  Burial will take place at Faith Lutheran Cemetery.  A live stream of his services will be available on the funeral home’s website.  There will be lunch provided at St. Mary’s school in Breckenridge after the service.  Arrangements have been entrusted to Joseph Vertin and Sons Funeral Home.

James Lynn Krause was born on October 7, 1972, to Paul and Cynthia (Score) Krause in Fargo, ND.  He grew up in Dwight, ND, and he attended school in Wahpeton, ND.  His mom passed away when he was 14, and he later graduated from Pelican Rapids High School in Pelican Rapids, MN.  After high school, he attended college in Duluth, MN, for a short time.  After college, James moved to Fargo, ND, where he worked as a salesman at various places and was blessed with his first son, Tanner.  He then decided to move back home to Dwight where he lived with his grandma Score and worked for Heitkamp Construction and Keller Ag.  In 2009, James met Jenn Muller and they were blessed with two more children, Kennley and Kamdyn, and they happily spent their life together as a blended family in Foxhome, MN.

James was a patient person who was always willing to help out when needed, but above all else, he was a great Dad.  He loved spending time with his family at the lakes camping and fishing, cooking, tubing with the kids, playing RC cars with Kamdyn, driving tractors with Kennley, and going to truck pulls with Tanner, Kamdyn, and his family and friends.  He had a passion for anything with a motor whether it be cars, trucks, motorcycles, or snowmobiles, and everything was better the louder and faster that it was.  He also enjoyed taking the doors off his jeep to cruise around, farming, and fixing anything and everything with duct tape.

He was preceded in death by his mother, Cynthia Krause; his grandparents, Garfield and Elaine Score and Melvin and Corinne Krause; and his cousin, Dustin Krause.

To order memorial trees or send flowers to the family in memory of James Krause, please visit our flower store.