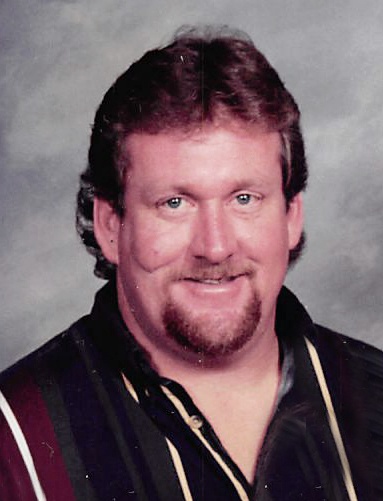 James Alan McClernon, 50, of Tintah, MN, passed away suddenly, on Monday, May 2, 2016, at his lake home on Pickerel Lake near Richville, MN. The visitation will be from 6:00 to 9:00 PM, with a prayer service at 7:30, on Friday, May 6, at Joseph Vertin and Sons Funeral Home in Breckenridge. The visitation will continue on Saturday, May 7, from 10:00 to 11:00 AM, followed by the Mass of Christian Burial, at 11:00 AM, at St. Gall's Catholic Church, in Tintah, MN. The Celebrants will be, Father Mike Kellogg, Father Andrew Marthaler, Father Stan Wieser, and Father Jerry Nordick. The interment will be at St. Gall's Catholic Cemetery in Tintah.
Jim was born April 5, 1966, in Breckenridge, MN, the youngest of six children born to Richard and Dolores (Conzemius) Mc Clernon. He graduated from Campbell-Tintah High School in 1984 then went on to attend Moorhead State College for one year. His love and talent for fixing anything with a motor led him pursue a certification in Auto Mechanics (ASE) at Bismarck State University in 2007. Jim loved working as a Heavy Equipment Operator in Minnesota, California, North Dakota, Colorado, and Montana. He mentored those he worked with to teach them his operating skills. Jim was a champion of the underdog and his goal was always to lend a helping hand to others.
In his spare time, Jim enjoyed Mexican cooking and repairing just about anything. He was a loyal fan of NASCAR racing and the Minnesota Vikings and had a love for Caterpillar Tractors.
James will be missed by his parents, Richard and Dolores of Tintah, MN; his siblings, Timothy, Patrick (Deb), David (Jackie), Susan (Pat) and Mary; his two cats, Toofy and Tigger; and many nieces and nephews. He was preceded in death by his special friend, Angie Donnan, and his brother-in-law, Chad Braafladt.