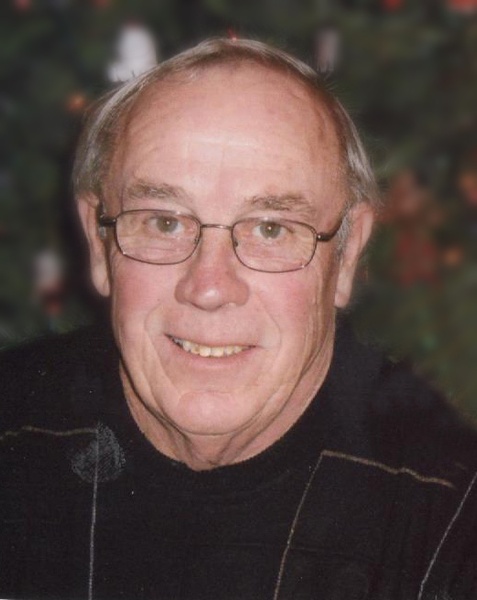 James David Olson, 69, of Breckenridge, MN, passed away on January 28, 2015, at his home under the care of Riveredge Hospice. The visitation will be at Joseph Vertin & Sons Funeral Home in Breckenridge, on Friday, January 30, from 5:00 to 8:00PM, with a remembrance service at 7:00PM. The funeral service will be at Breckenridge Lutheran Church, on Saturday, January 31, at 10:30 AM. Pastor Mark Manning is the officiant. Interment will be at Fairview Cemetery in Wahpeton, ND.
Jim was born to Frances (Drier) and Wendell Silverthorne on August 20, 1945 in Wahpeton, ND. He attended school in Breckenridge, graduating in 1964. After graduation he worked at Twin City Roofing in Wahpeton; later moving to Minneapolis, MN, to manage an Erickson Oil Station. On June 4, 1966, Jim was united in marriage to Sandra Leshovsky in Wahpeton, ND. The couple moved from Minneapolis to Hibbing, MN, in January of 1967, then in September of the same year, moved back to his home town of Breckenridge. He resumed his career with Twin City Roofing as a supervisor, and later moved into sales, a position he held for 14 years until they closed their doors in February of 1988. At that time, Jim started his own construction company and was self-employed until he retired in 2008. As a side business, Jim and Sandy owned and managed the Shady Oaks Trailer Park and Apartments, from 1989 until they were bought out by the City of Breckenridge for flood prevention diking.
Jim loved the outdoors and was particularly passionate about ice fishing. His enthusiasm for the sport was eventually acquired by Sandy, and the two of them spent many memorable hours together in their fish house. He also enjoyed fishing with his son, Chad, and ultimately with his grandchildren, Caitie and Nick. You could often find Jim woodworking in his shop, a hobby he loved and was quite skilled at. His greatest carpentry accomplishment was a total reconstruction of their home.
As a young man, Jim belonged to the Boy Scouts of America and played Jr. Legion Baseball. He was baptized and confirmed in the Breckenridge Lutheran Church of which he was a life-long member.
Jim is survived by his loving wife of 48 years, Sandy; his children, Chad (Jodi) Olson of Harrisburg, SD, and Chantel (Larry Larson) Olson of Brandon, SD; his 2 grandchildren, Caitlin Jo and Nicholas Alen; his sister-in-law, Mary Silverthorne of Kempner, TX; his nieces, Debra (Steve) Fausnaugh and Cherri Perez, both of Copperas Cove, TX; 4 great-nieces; and 9 great-great nieces and nephews.
He was preceded in death by his mother and step-father, Frances and Barney Olson; his brother, Richard Silverthorne; his uncle Dennis Drier; his mother and father-in-law, Robert and Lillian Leshovsky.

James David Olson
To order memorial trees or send flowers to the family in memory of James Olson, please visit our flower store.