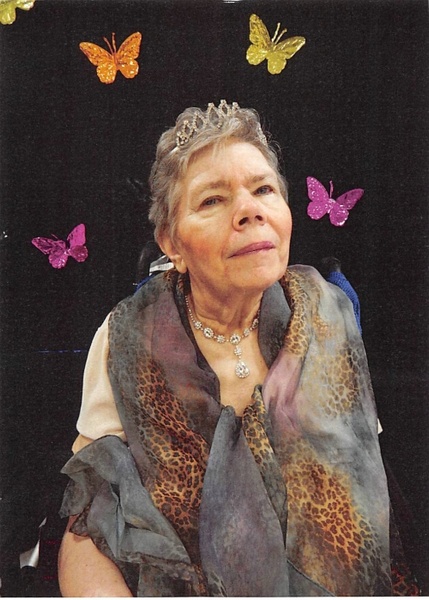 Janet Elaine Cory, 72, of Breckenridge, MN, passed away, surrounded by her loving family, on Sunday, June 9, 2019, at St. Francis Nursing Home, Breckenridge. Visitation will be held from 5 p.m. to 7 p.m., Wednesday, June 19, 2019, followed by a prayer service at 7 p.m., at Vertin Munson Funeral Home, Wahpeton, ND. The funeral service will be held at 11 a.m., Thursday, June 20, 2019, at Vertin Munson Funeral Home, Wahpeton, with visitation one hour prior to the service. Jerry Theiller will be officiating.

Janet was born in Breckenridge, MN, on October 5, 1946, the daughter to Edgar and Inez (Wilbrecht) Wickander. She grew up and attended school in Rosholt, SD, graduating high school in 1964. Shortly after graduating, Janet was united in marriage to Jay Cory on May 15, 1964, at a church in Milbank, SD.

During the first decade of their life together, they lived in Herman, MN; Tenny, MN; and Wahpeton, where they farmed and milked dairy cattle for three years. Shortly after this, they made their way to Rothsay, MN, and finally settled in Breckenridge. In 1968, Janet found her faith in the Jehovah's Witness religion and dedicated her life to this calling through baptism, she would also spend her later years participating in many service calls with her congregation.

While raising their family in Breckenridge, Janet and Jay started their family-owned business, “Jay’s Tree Service.” With their operation flourishing, they moved to rural Breckenridge in 1991 to expand their tree business. Janet loved her life on the farm. When her grandchildren took an interest in vegetable gardening she was excited to pass along her wealth of knowledge and experience to a new generation.

Janet had a unique, artistic eye and knack for designing spaces. Her home was an extension of “unconventional, creative interior decorating,” and this home always held lively conversations, hospitality, and laughter. She could spend all weekend searching for new home décor at yard sales. Along the way, she explored many business adventures and truly enjoyed each one. Her personality was magnetic; she was selfless, playful, patient, intelligent, and eager to help whenever she could. Janet was a devoted and loving wife, mother, and grandmother; many who knew her will always affectionately remember her as “mom.”

She was preceded in death by her parents, Edgar and Inez Wickander; grandchild, Isaiah Thompson; and son-in-law, Ed Korth.

To order memorial trees or send flowers to the family in memory of Janet Cory, please visit our flower store.
Open