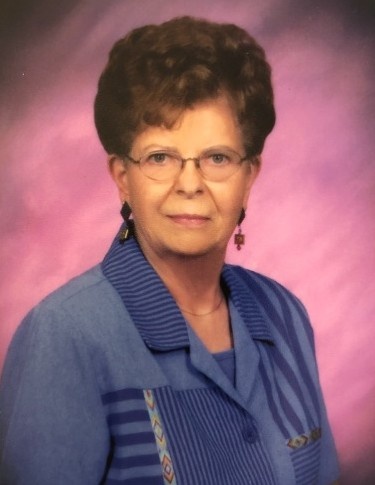 Janet Johnson, 88, of Fergus Falls, MN, passed away at Sanford Medical Center, Fargo, on April 21, 2020. With the current health concerns impacting the country, a family service will be held at a later date to honor Janet’s life. Expressions of sympathy during this time can be left on the condolences page available with the obituary on our website. Arrangements have been entrusted to Joseph Vertin & Sons Funeral Home.

Janet was born in Wahpeton, ND, in 1931, the oldest daughter of Henry and Clara Larson. She and her sisters, Irene and Maxine, lived with their parents on a farm near Doran, MN. It wasn’t long before Janet identified her talents as an academician and musician. As a child, she loved to play the flute, violin, and piano. She also liked to sing.

Janet graduated from Moorhead State University in 1953 and began her career in education. She taught elementary students in West Fargo, ND, and in Minnesota at Breckenridge and Campbell-Tintah Public Schools. She did her graduate work at Hamline University and retired in 1992 after serving 13 years as the Gifted Education Coordinator K-12 of Fergus Falls Public Schools. During most of her career as an educator, she also assisted in the farming operation with her husband, Allen Johnson.

She extended her compassionate and caring nature to those around her who needed it most. And there are several children, both young and old, that will miss her thoughtfulness, empathy, cards, and guidance. Janet enjoyed spending time with family and friends and most of all, enjoyed being out in the Arizona sun.

She was preceded in death by her parents, Henry and Clara Larson; sister, Irene Johnson; and brothers-in-law, Gordon Horvath, and Glen Johnson.

To order memorial trees or send flowers to the family in memory of Janet Johnson, please visit our flower store.