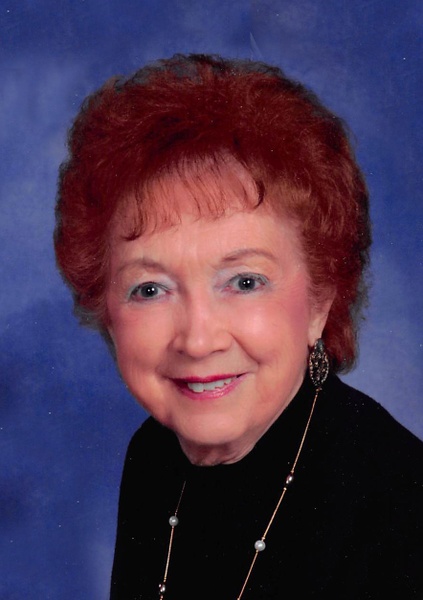 Jean Dae Chartrand, 85, of Breckenridge, MN, passed away on February 27, 2017, at her residence. The visitation will be from 5:00 to 8:00 PM, with a prayer service at 7:00, on Thursday, March 2, at Joseph Vertin and Sons Funeral Home in Breckenridge. The visitation will continue on Friday, March 3, from 12:00 to 1:00PM, at the United Methodist Church in Breckenridge, followed by the funeral at 1:00. Pastor Mark Gronseth will be the officiant. The interment will be at Fairmount Cemetery in Fairmount, ND.
Jean Sturgess was born in Hankinson, ND, on May 28, 1931, one of four children born to John and Dorothy (Leavett) Sturgess. She graduated from Hankinson High School and then moved to Fargo, ND, and found employment as a nurse's aide. She pursued the nurse's aide career to Oakland, CA, and it was there that she met Harry Levin. Jean and Harry were united in marriage in St. Paul, MN. For a short while the couple lived in St. Paul, but the West Coast beckoned them back and they planted family roots there. They were blessed with two children, Cindy and Billy. Harry passed away in 1968 and years later, Jean married Robert Chartrand. After retiring, the couple moved back to Breckenridge where they enjoyed many years of fishing and outdoor activities together. Robert passed away in 2003 and Jean continued to live in Breckenridge to be close to family.
Jean enjoyed volunteering at the Eagles Club in Wahpeton and was active in the United Methodist Church. She loved the intricate work of hand embroidery and was famous for her mouth-watering pickles. As an outdoor enthusiast, Jean loved to do just about anything that brought her outside including gardening, fishing, and ice fishing in the winter.
Jean is survived by her daughter, Cindy Walker of Breckenridge; her three grandsons: Sandy Allen of Vasalia, CA and his daughter, Siara; Jacob Kimball of St. Paul, MN and his son, Barlow; and Joseph Walker of Texas and his daughters, Kathryn, Alice and Maggie; her two sisters, Joyce Tischer of Breckenridge and Janice (Dale) Deike of Wahpeton, ND. She is preceded in death by her parents, John and Dorothy; her first husband, Harry and her second husband, Robert; her son, Billy Levin; her brother, John; her nephews, Leon Tischer and Bruce Sturgess; and her niece, Lois Tischer
To order memorial trees or send flowers to the family in memory of Jean Chartrand, please visit our flower store.