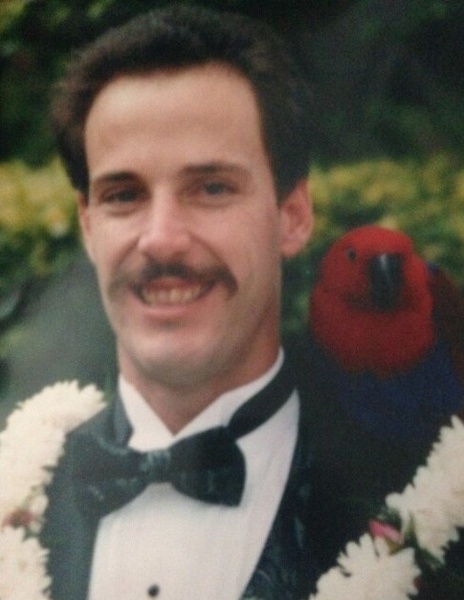 A private family graveside service will be held at 11 AM, Saturday, August 8, 2020, at Riverside Cemetery, Breckenridge, MN.

Jeff passed away at home in Grand Terrace, CA, in the arms of his mother and stepfather, after a long and courageous fight with cancer. He was 49 years old.

Jeff’s life was celebrated in February when he would have turned 50 years old. He was a commercial door installer by trade and loved anything to do with the outdoors. His greatest love was for his family.

One of his wishes was to be buried with his grandpa who he loved so very much. In keeping with his wishes, Jeff will be laid to rest in the grave of his grandpa. His grandparents, Clifford and Violet Brown Klein were long time business owners in Breckenridge during the 1930-40-50 and 60’s before moving to Southern California to be with their children.

Thank you to Family Mortuary, San Bernardino, Ca. and Joseph Vertin ans Sons Funeral Home Breckenridge, MN., for working with us on this unusual request. It has been appreciated beyond words.

Rest In peace Jeff. We will miss you.

To order memorial trees or send flowers to the family in memory of Jeffrey Traven, please visit our flower store.