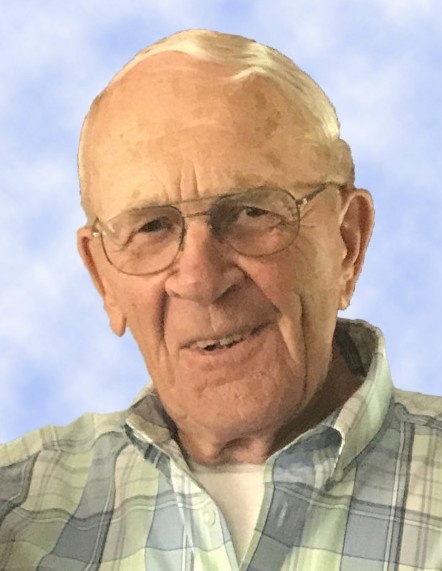 Jerry Conzemius, age 83, of Breckenridge, MN, passed away on Monday, May 31, 2021, at St. Catherine's Living Center in Wahpeton, ND. On Thursday, June 3, 2021, visitation will be held from 5 PM to 7 PM followed by his 7 PM prayer service at Joseph Vertin & Sons Funeral Home in Breckenridge. Visitation will continue on Friday, June 4, 2021, at St. Mary's Catholic Church in Breckenridge from 9:30 AM to 10:30 AM followed by his 10:30 AM memorial mass. Fr. Leo Moenkedick will officiate the service. Burial will be in St. Mary's Catholic Cemetery in Breckenridge. Arrangements have been entrusted to Joseph Vertin & Sons Funeral Home.

Jerry Joseph Conzemius was born on August 5, 1937, in Breckenridge, MN, to Anthony and Helen (Nordick) Conzemius.  He grew up on the family farm east of Breckenridge and graduated from Breckenridge High School in 1955.  After graduation, he started his career in farming.

Jerry married the love of his life, Ellen (Elly Mae) Winter, on December 29, 1962.  They raised their six children on a farm just northeast of Breckenridge.  The couple retired in 2004 and moved into town.

Jerry was a lifelong member of St. Mary’s Catholic Church in Breckenridge.   Jerry and Ellen enjoyed spending time together, whether it be socializing with friends, quick trips to the casino, or spending time with family.  They spent many summers at Ottertail Lake and several trips to Las Vegas during the winter.

Jerry, known as “Big Jer” to many, was very social and known for his booming voice and quick wit.  In retirement, he enjoyed spending time with Elly Mae, playing golf, daily walks at the Science School, coffee at Casey’s, and playing Pinochle. He also made many trips to the farm to check on "the boys," and would even occasionally jump in the John Deere to help them out.

He especially had a soft spot in his heart for his grandchildren and great-grandchildren.  He loved them all dearly, each in their own special way.

He was preceded in death by his wife, Ellen; his parents, Anthony and Helen; and his sister, Karen Arntson.

To order memorial trees or send flowers to the family in memory of Jerry Conzemius, please visit our flower store.